Christianity on Sex What does the Bible actually say about premarital sex? We look at nine bible verses concerning sexual relations before marriage. 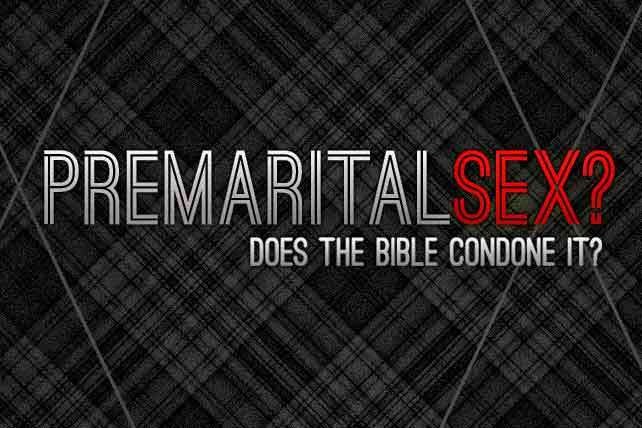 wo days ago, Daddy Freeze shared his thoughts about the Bible’s stance on premarital sex on his Instagram page.

The On-Air Personality wrote that sex before marriage and having concubines is permitted by the scriptures.

Daddy Freeze says premarital sex is permitted by the Bible

In light of this statement, we are digging into the Holy Book in order to see what it actually says.

1. 1 Thessalonians 4:3–5 says, “For this is the will of God, your sanctification: that you abstain from sexual immorality; that each one of you knows how to control his own body in holiness and honour, not in the passion of lust like the Gentiles who do not know God.”

2. Ephesians 5:3 says, “But immorality or any impurity or greed must not even be named among you, as is proper among saints.”

3. 1 Corinthians 6:18 says, “Flee from sexual immorality. Every other sin a person commits is outside the body, but the sexually immoral person sins against his own body.”

4. 1 Corinthians 7:2 says, “because of the temptation to sexual immorality, each man should have his own wife and each woman her own husband.”

5. 1 Corinthians 7:9 says, “But if they cannot control themselves, let them marry. For it is better to marry than to burn with passion.”

6. Hebrews 13:4 says, “Marriage is honourable among all, and the bed undefiled; but fornicators and adulterers God will judge.”

7. Acts 15:20 says, “but should write to them to abstain from the things polluted by idols, and from sexual immorality, and from what has been strangled, and from the blood.”

8. Colossians 3:5 says, “Put to death therefore what is earthly in you: sexual immorality, impurity, passion, evil desire, and covetousness, which is idolatry.”

9. Exodus 22:16–17 says, “If a man seduces a virgin who is not pledged to be married and sleeps with her, he must pay the bride-price,  and she shall be his wife. If her father absolutely refuses to give her to him, he must still pay the bride-price for virgins.”

The Bible may not have explicitly said, ‘thou shalt not have sex before marriage,” but this definitely does not mean that it is permitted.

The fact that “sexual immorality” is denounced in about 25 passages in the New Testament is clear proof of where the scriptures stand on the matter.

P.S: “Sexual immorality” or “fornication” is the English translation for the Greek word porneia, which means “illicit sexual intercourse.”