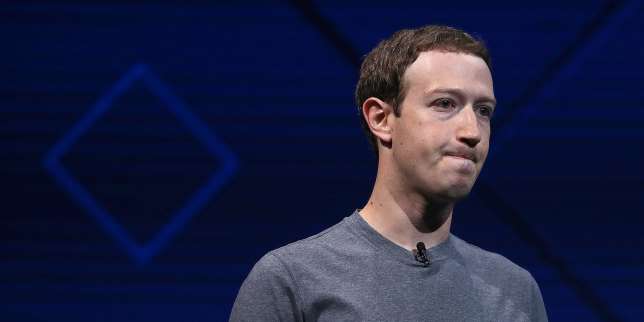 Facebook users say their news feeds are now dominated by posts from friends and family members.

The next time you check Facebook, you may only see a few articles from news publications or posts from other organizations you follow — if you see any at all.

Facebook users contacted on Saturday said their news feeds — the list of posts you see right when you log into the Facebook webpage or load the social networking app — were dominated by posts from friends and family members. Users reported seeing few posts from organizations or people they follow that weren’t shared also by their friends. And some users — including this reporter and his wife — reported seeing none at all.

Kelly Snider, a San Jose resident, said she saw only a few sponsored posts and only a couple of posts from organizations she follows.

“The majority, way more than I ever saw before, is from friends,” Snider said. “It is overwhelmingly friends, and that is unusual to my eyes.”

Of the first 50 posts in Colin Stokes’ news feed, just 10 were from organizations or people he follows.

“I was surprised that the numbers were this skewed,” Stokes said. “I expected more balance.”

Facebook has said big changes are coming to its news feed

Company executives Thursday announced sweeping changes to its service and particularly to the way the news feed feature works. Addressing criticism that its social network was yielding a negative effect on users’ well-being and being manipulated by organizations spreading propaganda or trying to illegitimately attract visitors to their sites, Facebook said it would give priority in its news feed to posts from users’ friends and family members and play down those from organizations and people they follow. The company did not say how soon it would put the changes in place.

The changes threaten to upend both news organizations and the way in which many users get news and information. Some 45% of US adults get news from Facebook, according to a Pew Research poll in September, and many news organizations have come to depend on the traffic they get from the social networking — much of it generated from users clicking on stories they see in their news feeds.

Users’ observations about their own news feed may not necessarily show that Facebook has put the changes in place. The company customizes each user’s feed based in part on posts they’ve interacted with in the past. If users see in their news feeds few posts from organizations they follow, it could simply mean they’ve seldom clicked or commented on such posts in the past.

Some users who spoke to Business Insider said that while they were seeing relatively few posts from organizations they follow in their news feed, they didn’t think they were seeing much less than they’d seen before.

Gretchen Lembach, for example, said she only saw one post from a news outlet she follows in her news feed — and that one was also shared by one of her friends. But that didn’t seem unusual, said the Montclair, New Jersey, mom.

Apple apologizes for slowing iPhone, drops battery prices
Man narrates how he did his wedding introduction on the day he met his wife for the first time
Mark Zuckerberg is fighting to save Facebook
Tizeti partners Facebook to bring Nigerians affordable internet service The Express Wi-fi plans are affordable and range from N50 for 100MB to N2,000 for 10GB.
Umahi Ebonyi Governor’s aide allegedly arrested for raping Facebook friend
Social media What happens to a user’s account when he dies? The owners of the social media platforms have found ways to take care of such inevitable occurrence which users ought to be aware of.
‘Atleast I f**ked for iPhone 6 not indomie – Young Nigerian girl brags on Facebook
Do Me, I Do You ‘I don’t believe in forgiveness; I pay evil with evil’- Abia native doctor [Video]
Lol…see how Twitter users reacted after fan shared photos of Rick Ross staring at her
Facebook is shopping for a new ad agency to help tout innovation amid the ongoing Russia fiasco (FB)