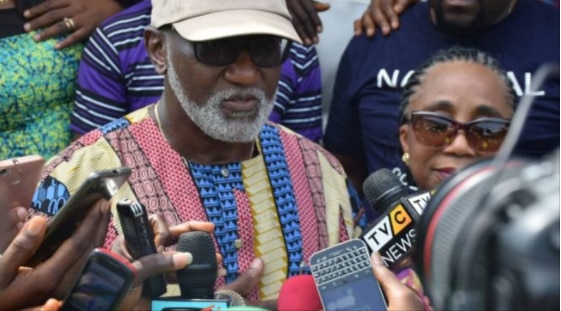 Obaze said there were cases of inconsistency and over voting when compared with the records from the electronic card reader.

Mr Oseloka Obaze, the candidate of Peoples Democratic Party (PDP), has rejected the result of Saturday’s governorship election in Anambra.

Obaze, in a statement on Sunday, said the result as released by the Independent National Electoral Commission (INEC) did not reflect what happened in the field.

The Commission  had declared Mr Willie Obiano of All Progressive Grand Alliance (APGA) as the winner of the election.

Obaze said there were cases of inconsistency and over voting when compared with the records from the electronic card reader.

He also said it was an aberration that APGA could win all the 21 local governments.

“The Anambra governorship election results just released by INEC, does not reflect the realities of the votes cast on Nov. 18 by the Anambra electorate.

“The over voting and inconsistencies between the counted ballots and card reader data remains exceedingly worrisome.

“The uniformity of the incumbent governor wining twenty-one local governments is a political aberration in the context of Anambra politics.

“The election result as reported, shows that nothing matters to the Anambra electorate.

“The people have spoken, they have taken a cursory long term view of what they wish fo Anambra State.”

Why I withdrew Governor Obiano’s security personnel – Police IG Speaks.
Kenya Country waits for an end to presidential re-run Kenya’s election board is expected Monday to decide whether to reschedule a vote in flashpoint opposition areas or to push ahead with declaring victory for President Uhuru Kenyatta.
Hundreds block Guatemala roads to demand president step down Hundreds of protesters blocked roads in Guatemala on Tuesday to demand that President Jimmy Morales step down because of accusations of corruption stemming from his 2015 election campaign.
In Kenya Second protester shot dead after fractious vote A second protester was killed in Kenya on Friday as anger raged a day after a divisive election boycotted by the opposition, taking the death toll from two days of protests to eight.
Goodluck Jonathan I’m always close to tears when Nigerians say they want me back – ex-President
‘No automatic ticket for President Buhari in 2019’ Governor Rochas Okorocha says