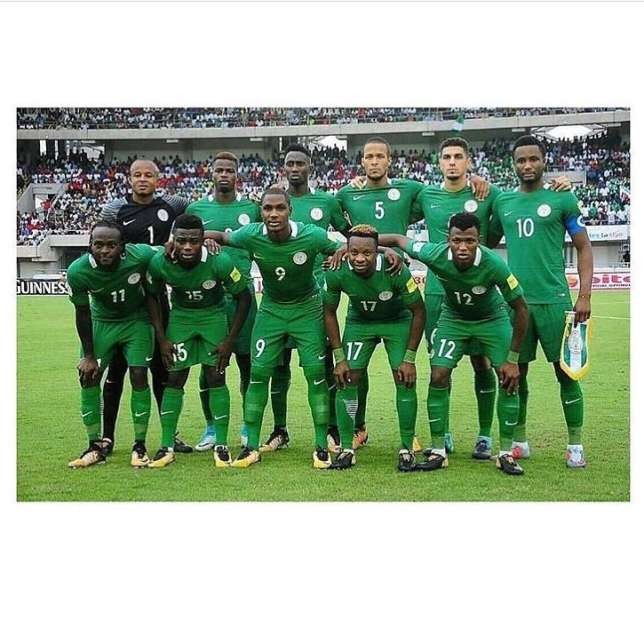 The Super Eagles of Nigeria are taking on Algeria in Constantine in their final game of the 2018 FIFA World Cup qualifiers.

Nigeria are already through to Russia 2018 with an unassailable 13 points while Algeria only have one point and are bottom of Group B.

In a balanced second half, the Super Eagles of Nigeria took the lead through John Ogu who rifled a left-footed shot from the edge of the box.

Yacine Brahimi levelled for Algeria from a spot kick after a controversial decision by the referee.

Half time scores Algeria 0 Vs 0 Nigeria

The Super Eagles of Nigeria have been impressive in the first having much of the ball and controlling the game.

The defensive midfield duo of Ogu and Nwakaeme has been dominant in midfield while Balogun and Ekong-Troost have kept the Algerian attact at bay.

With a host of injuries to his players, Super Eagles boss Gernot Rohr has named some of his fringe players in the starting XI against Algeria.

In goal is Ikechukwu Ezenwa who has started the last three games. Shehu Abduallahi, Leon Balogun, Troost-Ekong and Ola Aina are in defence.

Aina starts following the injury to Elderson Echiejile in the last game against Zambia.

Super Eagles lunch ahead of the game

Super Eagles lunch ahead of Algeria Vs Nigeria game (Twitter/NFF)

Ahead of the game, the Super Eagles media team through their official Twitter account shared images of the players having lunch hours before the game at the Mohamed-Hamlaoui Stadium at 8:30pm Nigerian time.