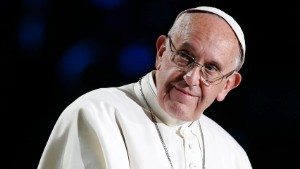 Pope Francis left Rome on Sunday night and will become the first pope to visit Myanmar when he arrives Monday.

The world’s most high-profile Christian is about to take center stage in a staunchly Buddhist country accused of horrifying acts of brutality against its Rohingya Muslim minority.
The Pope has previously decried violence against the Rohingya, calling them his persecuted “brothers and sisters.”
Experts warn that this trip will require balancing a uniquely complicated set of humanitarian, diplomatic and religious questions. Even his own cardinal has advised the Pope to steer clear of the word Rohingya for fear of stalling his message of reconciliation before it has even begun.
Aaron Connelly, research fellow at Australia’s Lowy Institute, told CNN there was little chance the Pope’s visit to Myanmar was going to be a “generic Papal visit.”
“Clearly the thing that motivated this visit was always a desire to talk about the Rohingya,” he said.
“The question is … is he going to do that in a way which is less confrontational and engages?” Connelly added. “Or is he going to say, this is outrageous, these people have a right to be in Myanmar?”
More than 623,000 Rohingya refugees have fled across the border to Bangladesh since August 25, when a new outbreak of fighting began between Myanmar’s military and armed militants in Rakhine State, a poor region of western Myanmar.
The Myanmar government has repeatedly denied allegations they are conducting a systematic campaign of violence against the Rohingya, blaming the widespread damage on a militant insurgency. However, the United States, the United Kingdom and the United Nations have all accused Myanmar of ethnic cleansing and the refugees share similar stories of killings, rape and torched villages. 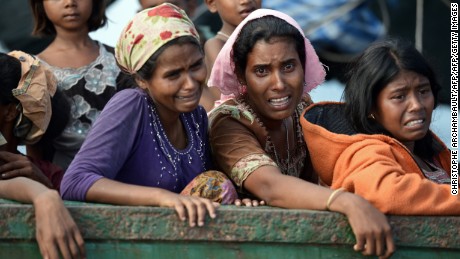 Who are the Rohingya and why are they fleeing? 01:35

Francis will spend three days in Myanmar before he travels to Bangladesh on Thursday, where he’s expected to meet at least a small group of Rohingya refugees while in the capital Dhaka. The last pope to visit Bangladesh was Pope John Paul II in 1986.
“As the Pope said ahead of the trip, he will bring a message of peace, forgiveness and reconciliation,” Vatican spokesman Greg Burke told reporters at a press briefing on Wednesday.
In the past, the Pope hasn’t been afraid of grand gestures. When he visited Greece last year, Francis took a dozen Syrian refugees back with him to Rome.
It will be the first visit by the head of the Catholic Church to Asia since the Pope’s wildly successful visit to the Philippines and Sri Lanka in January 2015.
While Pope Francis’s stance on the Rohingya crisis will likely dominate headlines, the Pope is also expected to push for greater rights for the several million members of Myanmar’s Christian minority.

What’s in a name?

Experts say the key question during the Pope’s visit to Myanmar is how he’ll choose to address the Rohingya crisis.
“This is something he hasn’t shied away from the in the past,” Alistair Cook, coordinator of the Humanitarian Assistance and Disaster Relief Program at the S. Rajaratnam School of International Studies, told CNN.
In February, before the latest violence, Pope Francis prayed for the Rohingya refugees during a general audience at the Vatican, saying they were “good people” who were being “tortured and killed.”
After the new violence broke out in September, he called for the faithful to “pray for our Rohingya brethren.” 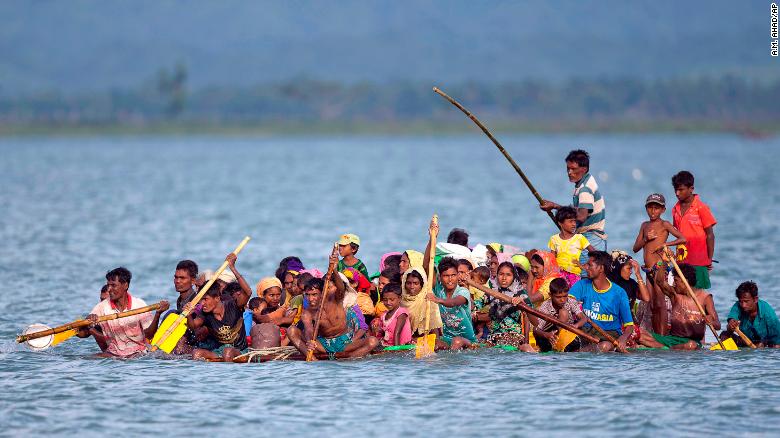 Rohingya Muslims cross the Naf River on a makeshift raft from Myanmar to Bangladesh.
Since the Catholic leader’s initial announcement of his visit in July, the situation in Myanmar’s Rakhine State has dramatically deteriorated.
One of the big, early indicators of Pope Francis’ intentions will be whether he will say the word Rohingya, a politically charged term in Myanmar.
Myanmar’s Cardinal Charles Maung Bo in media interviews ahead of the visit warned the Pope not to use the word for fear it could spark protests against Muslims and confuse the pontiff’s message.
“The argument has always been (that) using the term ‘Rohingya’ immediately puts Myanmar Buddhists offside and closes their minds to further dialogue,” Connelly, the Lowy Institute research fellow, said.
“They call them Bengalis to imply they are actually people from Bangladesh,” Connelly said.
Myanmar has seen an upsurge in Buddhist nationalism since the end of military rule. Many people there seem to have little sympathy for the plight of the Rohingya and react defensively to the storm of international criticism their exodus has unleashed. 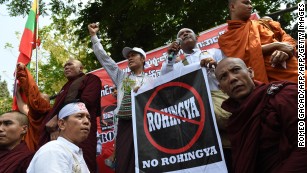 Rohingya crisis: ‘It’s not genocide,’ say Myanmar’s hardline monks
In a video message to Myanmar last week ahead of his visit, Pope Francis didn’t mention the Rohingya, instead focusing on a wider message of supporting each other “as members of our one human family.”
Experts said if Pope Francis uses the word Rohingya in any of the 11 homilies and speeches he’s expected to make during the two-country tour, it would be a clear sign he is taking a firm stand on the issue.
Myanmar’s government claims the Muslim residents of Rakhine State are relatively recent migrants from Bangladesh rather than true citizens of Myanmar, although many Rohingya say they have lived there for generations and trace their roots back centuries.
Timeline: the Rohingya crisis 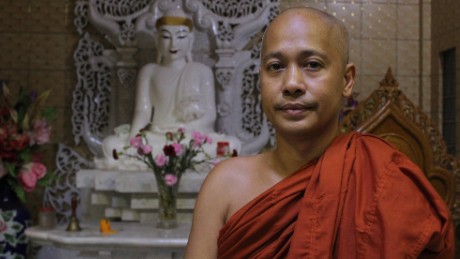 In Myanmar, the Pope will meet with Aung San Suu Kyi, who leads the country in a power-sharing agreement with the military and has been criticized for her response to the Rohingya crisis, and Myanmar’s commander-in-chief Senior Gen. Min Aung Hlaing.
Connelly said the Pope needs to meet with both if he wants to deliver a message of compassion for the country’s Rohingya, but cautioned that the strategy could backfire.
“Meeting with the military really could be perceived as providing cover for what the military is doing and suggest to the world that the Pope is willing to meet with someone like this guy, who is responsible at the very least for ethnic cleansing,” he said.
Francis will also conduct a public mass at the Kyaikkasan Grounds in Yangon on Wednesday, the most high-profile public event he’ll take part in.
“There is a downside risk (to this visit), which is pretty big. If there is an open mass in Yangon and the mainstream Buddhist monks who have become increasingly hardline on this issue, if they protest it or denounce it, if they march in the street over it … it could increase tensions quite a bit,” Connelly said.
“So many people who follow this issue are saying they’re worried this could be a spark which sets off much more violence.”
In Egypt Al-Azhar’s imam meets pope, vows to fight terrorism The grand imam of Egypt’s famed Al-Azhar institution Ahmed al-Tayeb, one of the Muslim world’s leading religious authorities, on Tuesday met Pope Francis and pledged greater cooperation to fight terrorism.
Pope Francis shares a message on helping the poor after donating his Lamborghini to charity
In North Korea NATO chief calls ‘global threat’ during Japan visit NATO chief Jens Stoltenberg called North Korea a “global threat” Monday and said he backed tighter sanctions against it during a visit to Japan, which has been targeted by Pyongyang’s provocations.
Photos: Lagos Police Commissioner leads task force to visit Apapa-Kirikiri traffic gridlock
Rex Tillerson US Secretary of State visits Pakistan as US warns over Taliban havens Pakistan has repeatedly denied the charge, insisting it maintains contacts only with the militants as it seeks to bring them to the table for peace talks.
India rounds up beggars ahead of Ivanka Trump’s visit
James Mattis US Secretary of Defense says to discuss N. Korea threat on Philippines trip Trump and the North’s leader Kim Jong-Un have meanwhile traded threats of war and personal insults.
Aguero becomes joint-top scorer in Man City history
We’ll facilitate Joshua’s visit to Nigeria – Ogun govt