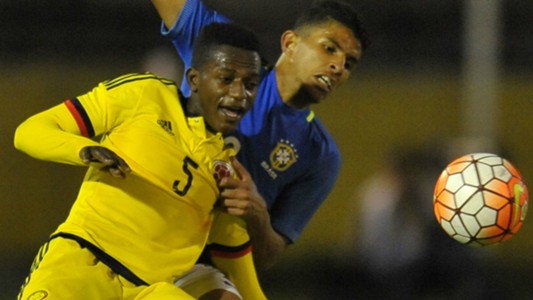 Liverpool have confirmed the signing of 18-year-old Anderson Arroyo, a highly-rated defender, from Colombia side Fortaleza.

The player will go out on loan to Mallorca, currently in the third tier of Spanish football, for 18 months.

Liverpool will need to secure a work permit to allow him to play for the club.

Liverpool confirmed that a deal to sign Arroyo was reached in January, when the player had a trial with the club on an U18s tour of Germany in 2016. They have now received the necessary paperwork to announce the signing.

Despite his age, Arroyo has played 22 times for Fortaleza where he made his debut as a 15-year-old. He has played for Colombia at both U17 and U20 levels.