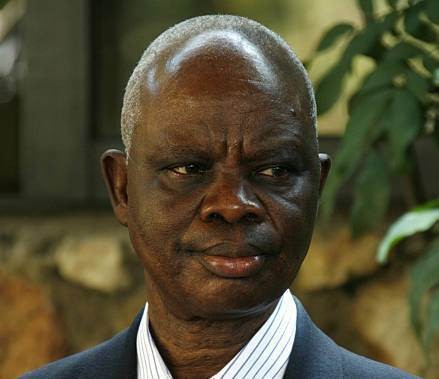 Former Minister of Foreign affairs, Ambassador Oluyemi Adeniji, has died. He died in London at the weekend at the age of 83. Announcing his death, the National President of the Association of Retired Career Ambassadors of Nigeria(ARCAN) Amb. Dapo Fafowora, in a statement released yesterday, said the former diplomat, died on Sunday, November 26th.

“I have received with sadness, the news of the death of Amb. Olu Adeniji in London last Sunday. Amb. Adeniji was an iconic figure in the foreign service rising to the position of a permanent secretary and later foreign minister.”

Ambassador Adeniji was born on July 22nd 1934 in Ijebu Ode, Ogun State. A career diplomat who began his sojourn in July 1960, Adeniji rose through the ranks in the Ministry of Foreign Affairs and was for five years, the Special Representative of the United Nations General Secretary with the United Nations Mission in Sierra Leone (UNAMSIL). He served in Nigerian embassies in Washington, D.C., Freetown and Accra, Ghana. He retired from service in 1991 after serving as the Director-General of the Ministry of foreign affairs. For five years, he was the Nigerian Ambassador to France.

He was appointed Foreign Affairs Minister by former President Olusegun Obasanjo. He served between July 2003 and June 2006, when he was moved to head the Ministry of Internal Affairs.

May his soul rest in peace, Amen.