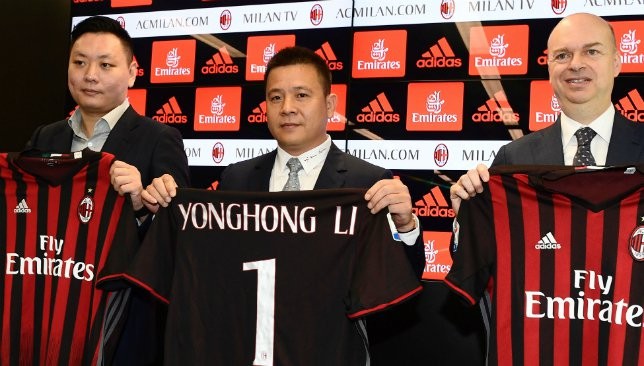 AC Milan have ended their sponsorship deal with adidas after almost two decades, the Italian Serie A club confirmed Tuesday.

“AC Milan has mutually agreed with adidas to prematurely terminate their technical sponsorship deal at the end of the season 2017/2018,” the club said in a statement.

The seven-time European champions have not finished higher than sixth in any of the last four seasons in Serie A but an ambitious close-season recruitment drive saw them splash some €230 million euros ($270 million) on new signings under new Chinese owner Li Yonghong.

The northern Italian side are reported to have reached a new agreement for less money with adidas’ German rivals Puma.

Berlusconi, meanwhile, claimed that his former club were in financial difficulty.

“I knew AC Milan have financial problems and I am worried about the silence of Mr Li,” Berlusconi told Telelombardia.

“Whoever would buy the club next would pay less than the club’s value but will also have to pay debts for several years, influencing the growth of the club, that’s not a nice perspective.”

Berlusconi spent over 30 years as Milan president, leading the club to great success.

But despite their recent spending spree they are languishing in the bottom half of Serie A, already nine points adrift of the top four.

Meanwhile, Puma reported on Tuesday leaping profits in the third quarter after celebrity tie-ins from partners like Rihanna and Usain Bolt fired sales.