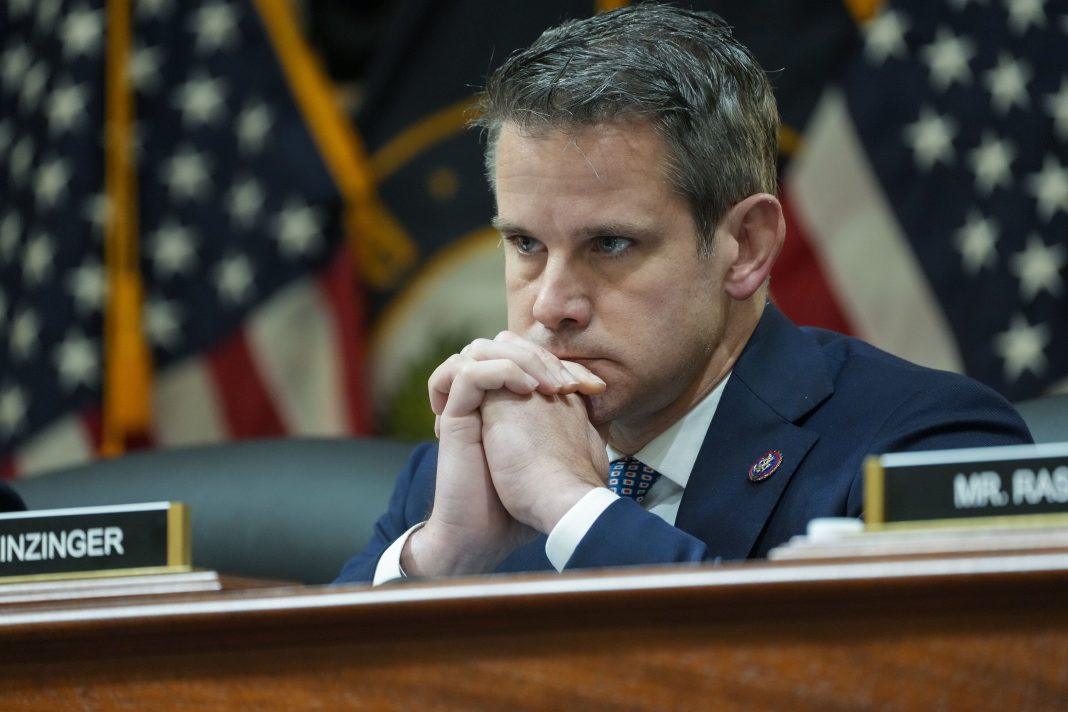 Rep. Adam Kinzinger (R-Ill.) said Sunday he is “very worried” about the next presidential election, warning that 2024 “is going to be a mess,” citing a recent example of voting conspiracy theories taking hold.

Speaking to ABC’s “This Week,” Kinzinger mentioned New Mexico, where a GOP-led county’s governing commission refused to certify the local election results because of unsubstantiated concerns over voting machines before a judge stepped in.

Also read: I wrote a memoir about my family’s secrets. Then I had to move back in with them

The case echoes voting conspiracy theories in the 2020 election when right-wing personalities and networks accused voting software companies of using technology to skew the election in favor of Joe Biden.

“This is the untold thing. We focused so much on what goes on in D.C. and Congress and the Senate,” Kinzinger said. “But when you have these election judges that are going to people that don’t believe basically in democracy, authoritarians, 2024 is going to be a mess.”

“And wake up America. Wake up, Republicans, because this is not going to be good for you if you think it is,” Kinzinger continued.

The House committee investigating Jan. 6, 2021, insurrection has reportedly argued over whether to refer Trump to the Department of Justice for criminal charges over his efforts in overturning the results of the 2020 election.

The panel has shared damning evidence on former President Donald Trump’s election lies and his last-ditch efforts to stay in power, including his pressure campaign on then-Vice President Mike Pence to not certify the election results.

Also read: Rev Okotie asks Obi, Tinubu and others step down for him, says he wants to succeed Buhari

Rep. Zoe Lofgren (D-Calif.) on Sunday focused on the tweet Trump sent out as the Capitol was already under siege, accusing Pence of not having “the courage to do what should have been done” over his refusal to reject electoral votes.

“When he sent out the tweet attacking his vice president, he already knew that the violence was underway,” Lofgren said on “Face the Nation” on CBS. “The only conclusion you can reach is that he intended to accelerate that violence against the former vice president.”

Kinzinger, only one of two Republicans sitting on the House panel, told George Stephanopoulos he believes Trump is guilty of “seditious conspiracy,” before adding the House panel is not a criminal charges committee.

Also read: ‘Pretty Little Liars’ Love Interests Through the Seasons: Where Are They Now?

“I think what we’re presenting before the American people certainly would rise to a level of criminal involvement by a president and definitely failure of the oath,” Kinzinger said.

A majority of Americans support charging the former president for his role in the insurrection, an ABC News/Ipsos poll conducted in June showed.