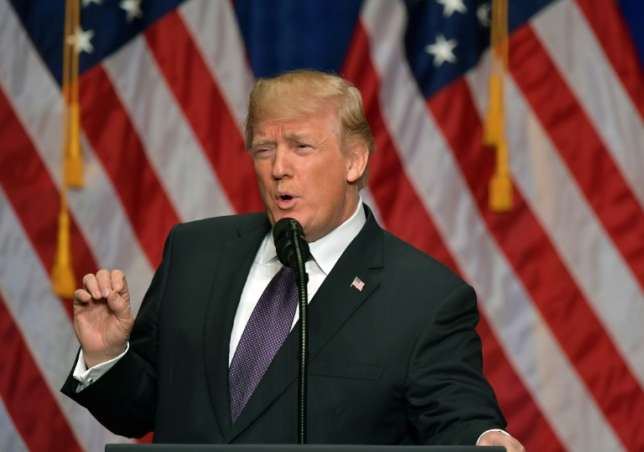 In US Case dismissed: Trump judicial nominee calls it quits

President Donald Trump’s nominee for the federal court in Washington withdrew from consideration after a video that showed him admitting a lack of experience and ignorance of basic legal concepts went viral.

President Donald Trump’s nominee for the federal court in Washington withdrew from consideration after a video that showed him admitting a lack of experience and ignorance of basic legal concepts went viral.

“It has become clear to me over the past few days that my nomination has become a distraction — and that is not fair to you or your administration,” Matthew Petersen wrote in a letter to Trump, a copy of which was carried by CNN.

A member of the Federal Election Commission, Petersen saw his prospects of a career on the bench derailed by a hearing in which he was questioned, and ultimately humiliated by a lawmaker from his own party.

Petersen’s ordeal began when Republican Senator John Kennedy asked if any of the nominees had not tried a case to verdict, and he raised his hand.

Have you ever tried a jury trial? No. Civil? Also no. Criminal? Another no. Bench? Same answer.

Petersen said he was “involved” in taking a deposition, but would “be struggling to remember” how many.

Asked if the number was less than five, he said it was “somewhere in that range” — none of them by himself.

Have you argued a motion in state or federal court? No.

Then came the legal knowledge review.

“In my current position, I obviously don’t need to stay as invested in those on a day-to-day basis,” responded Petersen.

The Federal Rules of Evidence?

What is the Daubert standard?

“I don’t have that readily at my disposal.”

A motion in limine?

“I would probably not be able to give you a good definition right here at the table.”

For Trump’s critics, selecting Petersen illustrates that the president puts political considerations above the competency of his nominees — something that directly contradicts his assertions during the campaign that he would “hire the best people.”

One reportedly referred to transgender children as part of “Satan’s plan,” while another failed to disclose that his wife is chief of staff to the White House council and blogged in defense of the early Klu Klux Klan.