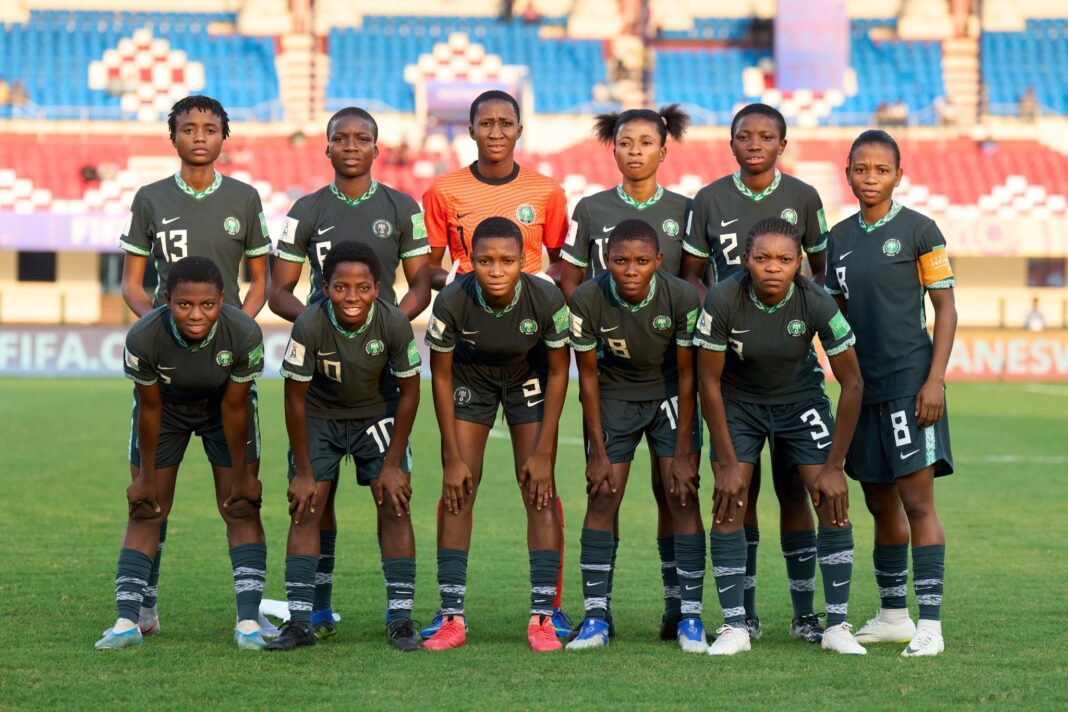 The players were presented with the cheque on their arrival from India on Tuesday night.

Musa promised to reward the team with N3 million if they beat Germany in their third-place encounter at the FIFA U-17 Women’s World Cup.

The Flamingos surrendered a three-goal lead in the game but eventually prevailed 3-2 on penalties.

It was the first time the Flamingos would pick up a medal in the competition’s history.

The team is expected to be hosted soon by President Muhammadu Buhari, and they will also be rewarded for the historic feat in India.