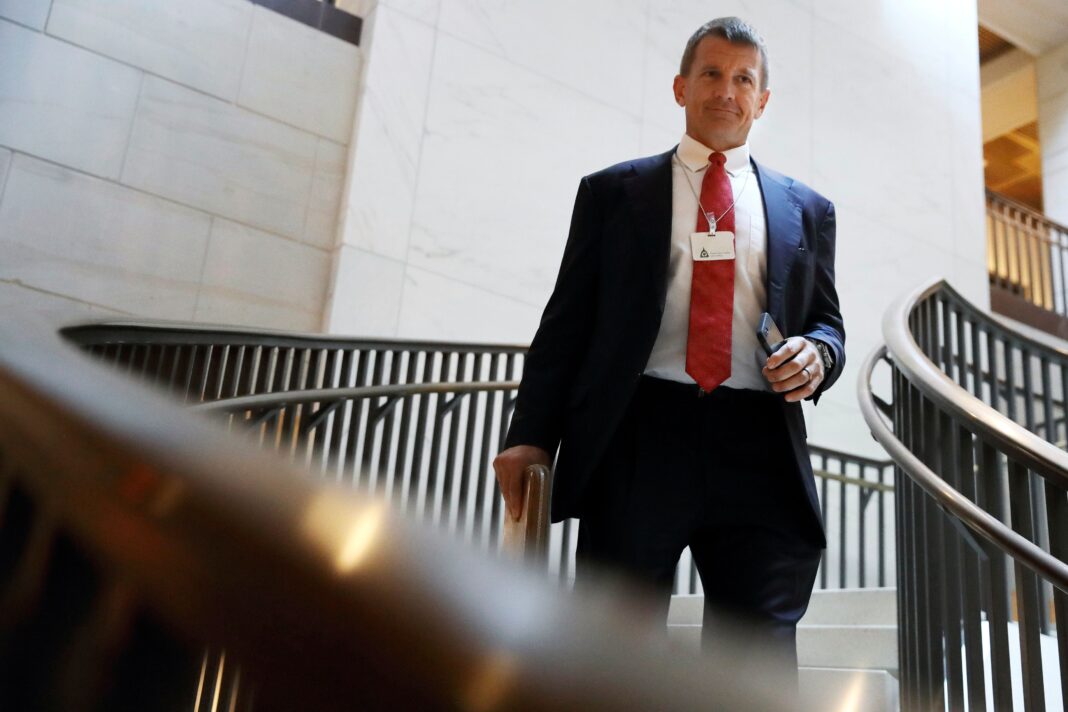 Staunch Donald Trump supporter and ally Erik Prince allegedly supplied weapons, mercenaries, and aircraft to a Libyan militia commander for a plot to overthrow the internationally-backed Libyan government, according to a United Nations investigation, The New York Times reported Friday.

The confidential report obtained by the Times accused Prince, founder of the private military company Blackwater, which has changed its name to Academi, of violating a United Nations arms embargo on Libya by deploying foreign mercenaries armed with aircraft and gunboats to eastern Libya in 2019 amid heavy fighting.

According to the Times, part of the plan was to use a mercenary hit squad to kill Libyan military commanders.

Khalifa Haftar now controls eastern Libya; the commander Prince agreed to support. Trump publicly endorsed Haftar in April 2019, four days after Prince made his pitch to the strongman for his $80 million Libyan operations, the Times reported.

The 121-page report on Prince, a former Navy SEAL, and brother of Betsy DeVos, Trump’s education secretary, was reportedly delivered Thursday to the U.N. Security Council for possible further action.

Guards for Prince’s former Blackwater security company were convicted of killing 14 Iraqi civilians in an unprovoked ambush in 2007. Just before he left office, Trump pardoned four men serving time for the massacre.

Despite the horrific attack, Prince’s star began to rise again during his time with Trump and advisers Roger Stone and Steve Bannon, who were both pardoned recently by the former president for various crimes.

Prince testified before the House Intelligence Committee in 2017 that he played no role in Trump’s 2016 campaign. But he finally admitted in 2019 that he attended a Trump Tower meeting with Donald Trump Jr. and a representative of Saudi Arabia and the United Arab Emirates to discuss “Iran policy” during the campaign.

According to an emissary for two wealthy Arab princes who attended, the actual purpose of the meeting was to discuss the Arab nations’ offer to help Trump win the presidency, the Times reported.

Prince did not cooperate with the U.N. investigation, the Times reported. His attorney, Matthew Schwartz, told the newspaper last year that Prince “had nothing whatsoever” to do with military operations in Libya.