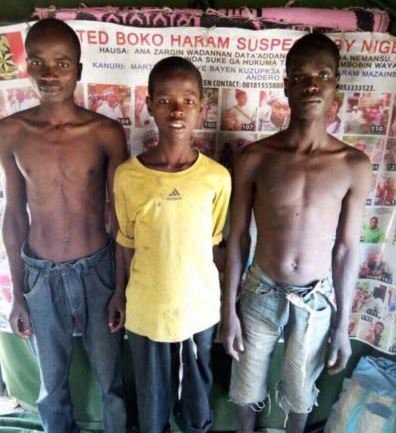 On Friday, the Nigerian Army said its troops had captured 220 Boko Haram insurgents in various clearance operations in the northeast region. Col. Onyema Nwachukwu, the Deputy Director, Army Public Relations, Operation Lafiya Dole, made the disclosure in a statement issued in Maiduguri.

Nwachukwu said that troops captured 167 insurgents after raiding their enclaves in Lake Chad Basin while 53 others were captured in northern parts of Borno State. He disclosed that troops also extricated 67 women and 173 children, who were family members of the insurgents.

Nwachukwu said that the troops have intensified offensive to clear remnants of the insurgents in the region, noting that the operation has yielded positive results.

“Troops of Operation Lafiya Dole have intensified offensive on Boko Haram enclaves in the Island around Lake Chad. The offensive which commenced about two weeks ago with coordinated air and artillery bombardments on Boko Haram enclaves is yielding positive results, as several insurgents have been killed while 167 fleeing insurgents have been captured by troops. Troops also extricated and profiled 67 women and 173 children who revealed during profiling exercise that they are family members of the insurgents who fled the troops’ offensive,” he said.

Nwachukwu explained that arrangements were ongoing to handover the women and children to authorities of Internally Displaced Persons (IDPs) camps, after completing preliminary investigations.

According to him, troops in the past two months conducted long-range fighting patrols and ambushes. He disclosed that the troops cleared the insurgents’ hideouts at Saada and Juwei villages in the fringes of northern Borno. “During the operations, troops intercepted and arrested 53 fleeing insurgents who have been profiled and are currently helping with investigations. Fifteen insurgents have also willingly renounced the sect and surrendered, dismissing it as futile struggle”.

Nwachukwu further sympathised with families of troops and civilians, who died in the encounters and the callous suicide bombing attacks by the terrorists

Nigeria’s anti-Boko Haram general Attahiru Ibrahim sacked
How to lead Nigerians out of poverty, by Tinubu
Army promotes 45 generals, 92 colonels
“Pray for us that are suffering in Sambisa forest” Soldier pleads with Nigerians
Army sets up board to probe shooting, death of officers at Chibok
Photos: Boko Haram terrorists meet their waterloo in the hands of Civilian JTF in Borno
20-year-old apprentice allegedly shot dead, four others injured in Lagos during raid by soldiers attached to Exercise Crocodile Smile II
Boko Haram Boy walks again 4-years after terrorists crippled him
Boko Haram Borno to convert sect leader’s house to museum

“$1b To Fight Boko Haram, Failure of APC” – PDP…Says F.G Should Apologize To Nigerians Over False Claims