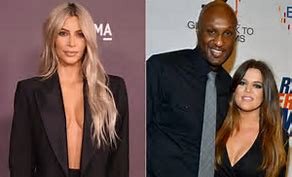 Kim Kardashian defended her younger sister -Khloe Kardashian, after her ex-husband, Lamar Odom dissed her during an interview on BET’s Mancave where he said ” “I knew my marriage to Khloe was over ‘when she was on her second or third NBA player.'”

Kim K went on Twitter and responded to the story by mocking him. She wteeted:

“Or second or third brothel.”. Referrring to Lamar’s requent visits to Brothels, particularly a brothel being where he was found after he OD’d.

Of course, their BFF, Chrissy Teigen had to get in on the action, lol. Read the tweets below: 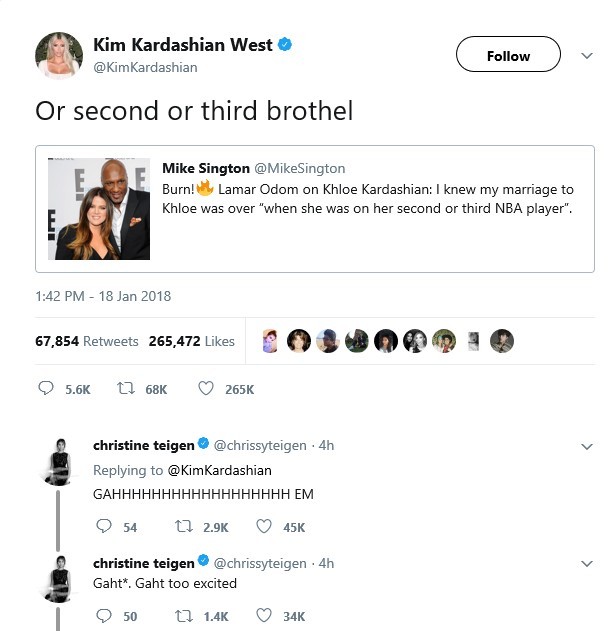