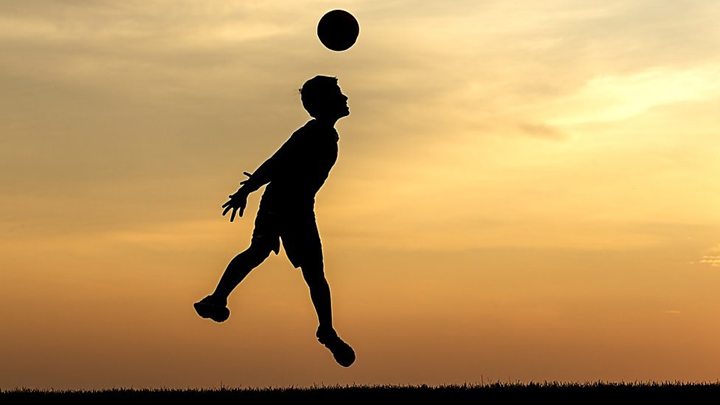 Football News : Scottish FA expected to ban children heading footballs within weeks, A ban on children heading the ball in Scotland could be in place in a matter of weeks due to fears over the links between football and dementia.

BBC Scotland has learned the Scottish FA wants to lead the way on the issue after a report found former players are more at risk of dying from the disease.

The governing body is expected to announce a ban on under-12s heading the ball in training later this month.

But Scotland would become the first European country to impose a restriction on head contact.

Discussions have been ongoing since the release of a study in October which found the first links between former players and degenerative brain disease.

The Scottish FA’s doctor, John MacLean, was part of the team which highlighted that former players are three-and-a-half times more likely to die of dementia.

There remains no firm evidence linking heading the ball to the disease but Dr MacLean thinks a restriction of head contact is common sense.

He said: “We can’t wait on the evidence one way or the other on heading.

“We need to take some sensible, pragmatic steps at the moment and that’s largely going to be about trying to reduce that overall burden, the overall times that young players head – and heading in training is much more common than in matches.

“The study was never designed to, and couldn’t identify, why. But I think most people would say, pragmatically, that it would be head injury or heading, in whatever combination that would be.”

“We should be using plastic balls so that the young players could get the technique without having to head the ball,” he said. “They’ll be told that heading is part of the game as they come through, but they don’t have to be heading the big balls immediately.

“They’re better [off] using a softball so they actually develop the technique, but there’s no effect on them for later days.”

‘We have a responsibility to our players’

Giffnock Soccer Centre has banned heading across its smaller-sided squads up to and including the 7-a-side teams.

Club chairman Craig Inglis said: “As a community club we’re parents first and coaches second. In light of the available medical evidence we felt a responsibility to safeguard the future health of our youngest players.

“Although some of the ongoing scientific studies are yet to report, there is a growing consensus among the medical community that heading the football contributes towards players developing dementia and other brain conditions later in life.

“We have a responsibility to our players and would rather give families clear direction on this issue. Our football development work focuses on building skills with the feet ‘on the deck’ and this is what we will be focusing on.”

The Scottish FA move to ban under-12s heading balls will pose questions for national associations across the world when the plans become a reality.

The Football Association in England told the BBC their position remains unchanged – that there is “no evidence to suggest that heading should be banned in youth football” and that it is “significantly less common in children’s games than people often think”.

The Scottish FA’s move will also be a relief for Dr Willie Stewart, who led the study that found the link in the first place.

He said: “I’m delighted. I think that while there were many questions left unanswered by our report, I think the one thing that came through is that football needs to change in some way.

“We can’t go on looking at a risk of three-and-a-half times higher neurogenerative disease in footballers and not do something about it, so this is great.”

‘Leading the rest of football’

It is also being seen as a progressive move by those who have played the game.

Former Wales, Arsenal and Celtic striker John Hartson says the Scottish FA should be applauded for leading the way on something that seems obvious.

He said “Heading was a massive part of my game. Managers bought me because I could head the ball.

“There have been some serious situations where players have lost their lives and ex-legends suffering from dementia, so I’m glad the SFA are leading the rest of football and doing something about it.”

The ban is likely to be confirmed by the Scottish FA in the coming weeks when all stakeholders have signed up to the plan.