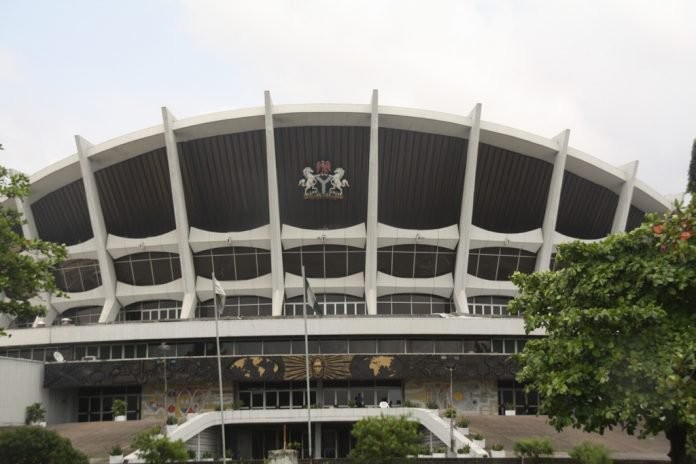 The Federal government has concluded plans to sell the Tafawa Balewa Square, the National Arts Theatre and some selected power plants under the National Integrated Power Projects NIPP. The purpose of the proposed sale of some of the national assets is to generate sufficient revenue to finance the the 2018 to 2020 budgets.

The Director General of Budget Office, Ben Akabueze, disclosed this in an interview with the Nation when he appeared before the House of Representatives Joint Committees on 2018-2020 Medium Term Expenditure Framework /Fiscal Strategy Paper, MTEF/FSP, on Monday November 27th.

Akabueze added that some of the non-core assets from the mines and steel sector like houses and estates are part of items to be sold for the purpose of financing the budgets. According to him, some items for the 2018 budget would be financed from the revenue generated from sales of the key government assets as well as national parks.

He said proceeds from the privatisation of the assets would be used to finance the budget deficit of N2.005 trillion, much of which will be financed through domestic and foreign borrowings. He said that had been factored into the 2018 budget

Primary school pupils protest sack of 21,780 teachers in kaduna
2018 budget: Govt votes N1b for State House Clinic
FIFA releases Guidelines for 2026 Bidding Process
2018 Budget Stakeholders advise FG to check militants to achieve revenue projection The Federal Government plans to spend about N8.6 trillion in 2018, a 15 per cent increase over the N7.44 trillion budget in 2017.
Delta state confirms 1 case of Monkeypox
#Budget2018: ‘Nigerians will be better, happier in 2018’
‘My government will improve aviation infrastructure’ – President Buhari
President bans fresh recruitment into MDAs in 2018
Here’s the full text of President Buhari’s speech at the APC National Executive Congress today
Goodluck Jonathan Ex-President says Buhari’s government is full of lies Goodluck Jonathan says the Buhari government thrives on lies and propaganda.
Protests, anger rock PDP ahead Dec. 9 convention
In Canada Improved economic outlook cuts budget deficit A surging Canadian economy has reduced the government’s budget deficit this year by billions of dollars, the finance minister said Tuesday.
Corruption case backlog puts Nigeria govt under scrutiny
Over 20 whistleblowers paid for money recovered – Minister
Federal Government to raise N311b from assets sale
Goodluck Jonathan I will make sure PDP returns to power in 2019 – GEJ
AY Makun Comedian featured on CNN Marketplace Africa, talks hardships in Nollywood When asked about the impact of the recession in the country’s economy on business, AY noted that even his company suffered as did most companies in the industry.