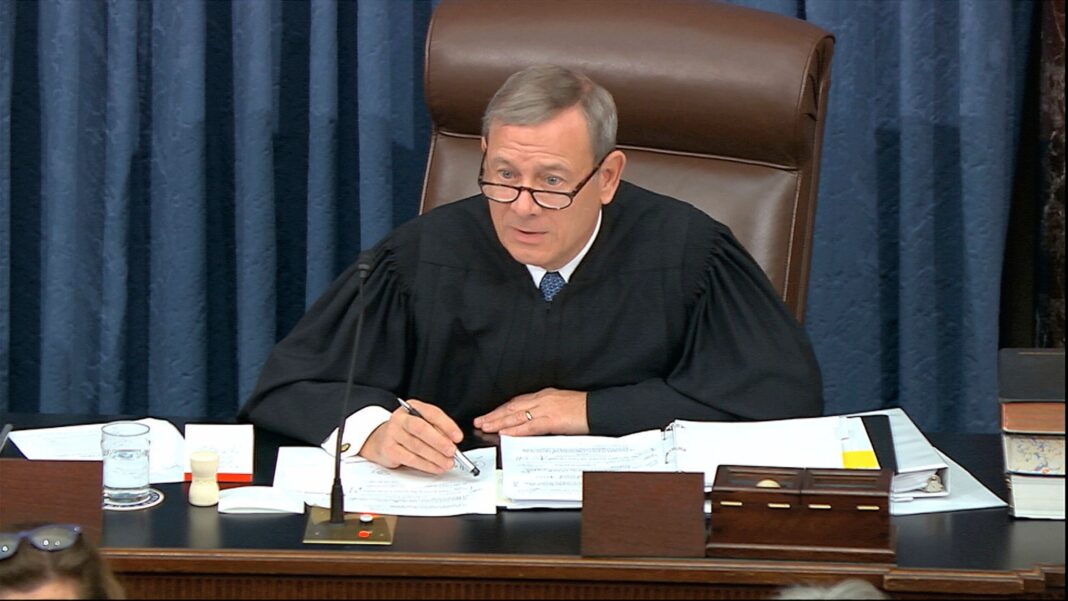 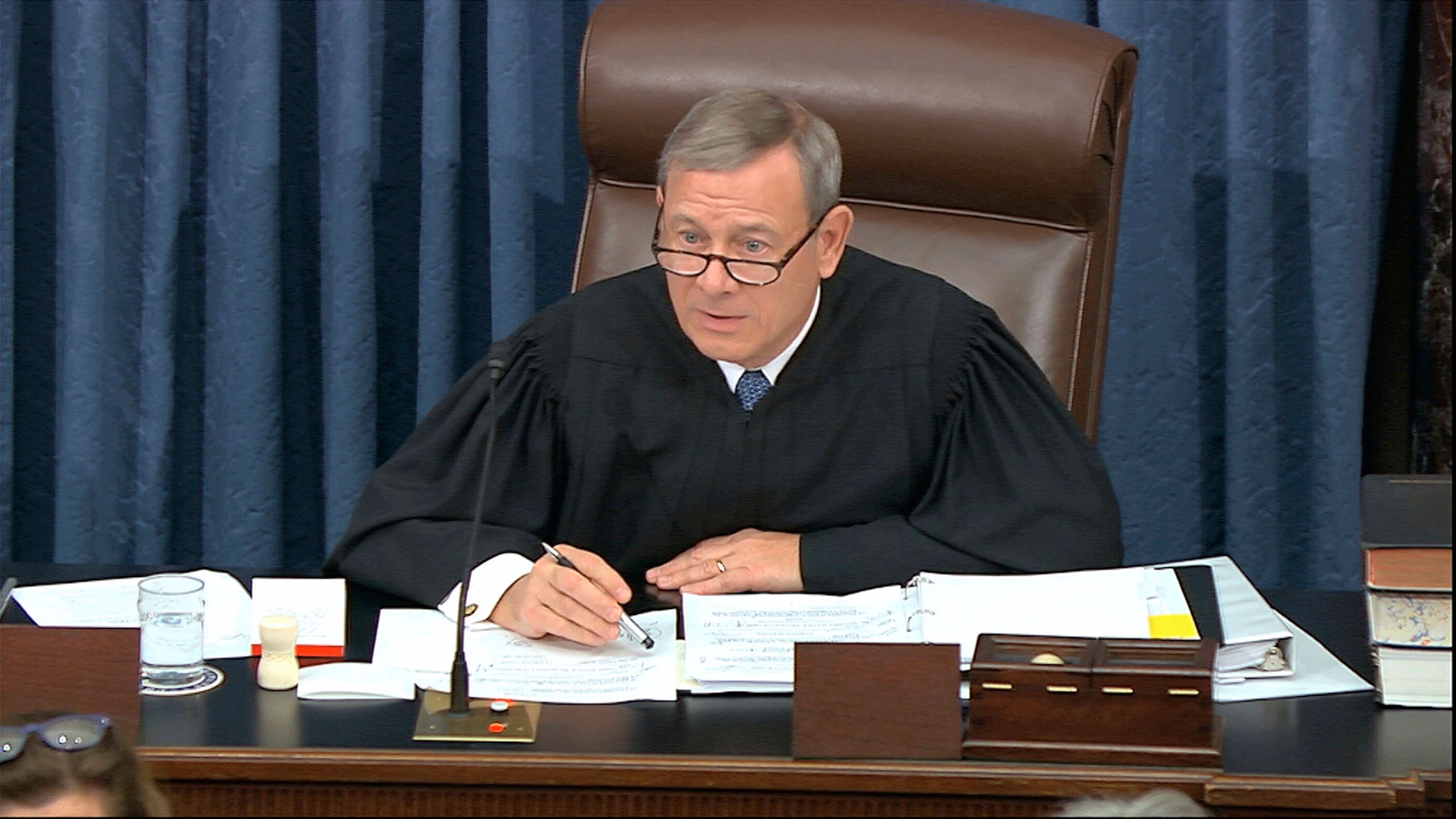 Roberts told both sides to “remember that they are addressing the world’s greatest deliberative body”:

One reason it has earned that title is because its members avoid speaking in a manner and using language that is not conducive to civil discourse.

His comments came after some late-night fireworks between Rep. Jerry Nadler (D-N.Y.), who is one of the House impeachment managers, and Trump attorney Pat Cipollone.

Nadler called Trump’s legal strategy “embarrassing” and took the Senate to task after a series of party-line votes that will not allow for witnesses or new evidence:

“So far, I’m sad to say I see a lot of senators voting for a cover-up, voting to deny witnesses, an absolutely indefensible vote, obviously a treacherous vote,” Nadler said. He also called it a “vote against the United States.”

Cipollone fired back: “The only one who should be embarrassed, Mr. Nadler, is you. For the way you addressed this body. This is the United States Senate. You’re not in charge here.”

Roberts told both of them to back off and warned others to do the same. He noted that during the 1905 impeachment trial of federal judge Charles Swayne, a senator objected to the use of the word “pettifogging” (which means “worrying too much about details that are minor or not important,” per Merriam-Webster).

“I don’t think we need to aspire to that high a standard,” Roberts said. “But I do think those addressing the Senate should remember where they are.”