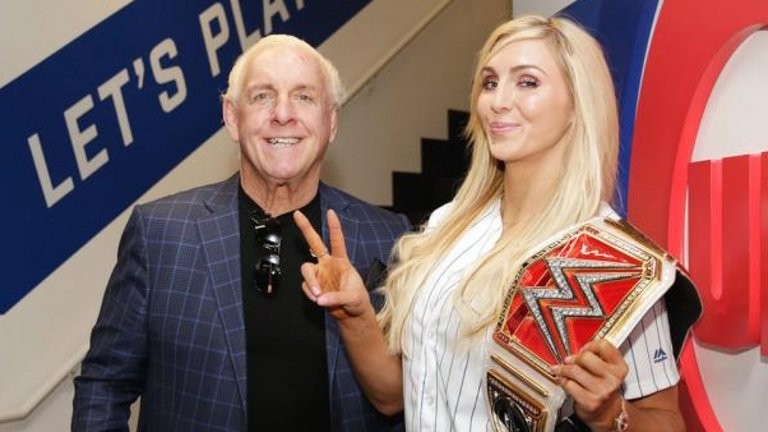 Charlotte Flair has the chance to alter the complexion of the Survivor Series card as she bids for her first SmackDown title in her hometown, live on Sky Sports Main Event from 1am.

Flair, in the city of her birth – Charlotte, North Carolina – takes on Natalya for the SmackDown women’s crown with the winner advancing to face Raw champion Alexa Bliss at Sunday’s pay-per-view.

Bliss said on Monday Night Raw that she may “show up and watch the match live”, which suggests the invasion and counter-invasions between the two brands may not have come to an end.

It seems unlikely that The Miz will look to influence the US Title match between Baron Corbin and Sin Cara, the winner of which he faces at Survivor Series.

Miz has made no secret of his contempt for Corbin in the weeks building up to Sunday night’s events but may think he stands more of a chance against the smaller luchador, especially if he can get his Miztourage involved in the match.

A more likely source of inter-brand aggression is likely to come in the office, where general manager Daniel Bryan is back at work after being attacked by Kane in Kurt Angle’s office a fortnight ago.

What will he have to say as the tension between Raw and SmackDown escalates just days from what is a stacked Survivor Series?

A response can surely be expected from The New Day to the challenge thrown down to them by The Shield on Raw.

Big E, Kofi Kingston and Xavier Woods all posted responses to the challenge on social media, and their attention is likely to be elsewhere when they face Sami Zayn and Kevin Owens on SmackDown this week.

How to book Survivor Series

Zayn and Owens have some issues of their own – having been reportedly taken off last week’s European tour a few days early – and could look to capitalise on the distractedness of The New Day on Tuesday night.

They could also keep their powder dry for the Survivor Series itself. As two of the biggest names currently without a match, they may look to make their presence felt and deliberately undermine their brand-mates.