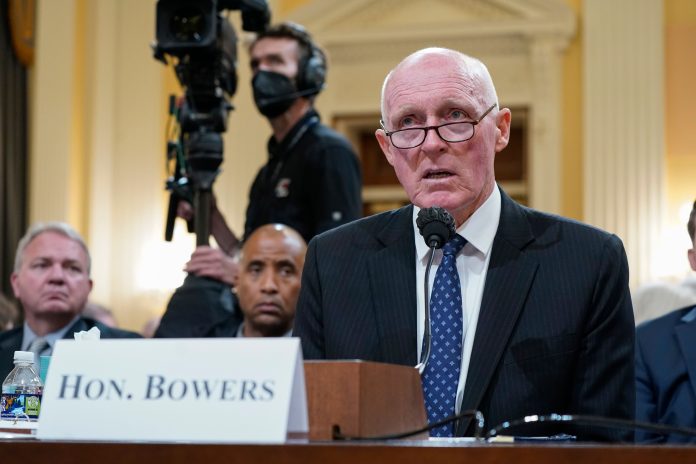 By Terry Paul
July 21, 2022
The Arizona Republican Party on Wednesday censured Rusty Bowers, the speaker of the state’s House of Representatives who pushed back on President Donald Trump’s efforts to overturn the state’s election results and served as a witness to the Jan. 6 committee.

Arizona’s GOP issued a press release calling out Bowers, among others, for supporting a $1 billion education bill and sponsoring legislation that makes sexual orientation and gender identity a protected class. Their statement made no direct mention of the Republican’s cooperation with the U.S. House committee investigating the Jan. 6, 2021, insurrection, but claimed he showed “general disregard” for leaders of the party.

“Rusty has failed in his specific actions, including co-sponsoring Democrat-led bills and refusing to work with the most conservative legislative body in 10 years during arguably one of the most critical sessions in Arizona history,” the statement reads.

Bowers testified publicly before the committee last month, describing the intense pressure he was under by Trump to invalidate President Joe Biden’s win in Arizona in the 2020 election.

Bowers, according to The Arizona Republic, said he received a call from Trump and his personal lawyer Rudy Giuliani after the state’s election results were registered, but not certified, in November 2020 to notify him of a state law saying the legislature could pick the state’s electors.

Bowers said he asked both Trump and Giuliani for evidence of the constitutionality of their request, which the pair never produced.

“There was no ― no evidence being presented of any strength … anything that would say to me, ‘You have a doubt. Deny your oath.’ I will not do that,” Bowers said.

The Arizona House speaker also told the committee his decision to stand up to Trump came at a personal toll, as both he and his family received death threats, and protesters outside his home disturbed his chronically ill daughter.

Despite his emotional Jan. 6 testimony, a few hours later Bowers told The Associated Press he would still back Trump if he was the party’s nominee.

“If he is the nominee, if he was up against Biden, I’d vote for him again,” Bowers said. “Simply because what he did the first time, before COVID, was so good for the county. In my view it was great.”

Bowers has since tried to walk back this statement, telling Insider he hopes the party comes up with a “good candidate” for president in 2024.

“Any intimation that I have some overriding, some powerful support for Mr. Trump just would be false,” Bowers told Insider. “I’m looking for a good candidate. And I hope we can certainly provide one, otherwise, it’s just going to be a hard thing.”

He also accused Trump of acting in a “tyrannical” manner.

“I think much of what he has done has been tyrannical, especially of late,” Bowers told Insider. “I think that there are elements of tyranny that anybody can practice on any given day, and I feel like I’ve seen a lot of it, a lot of bullying and name calling.”