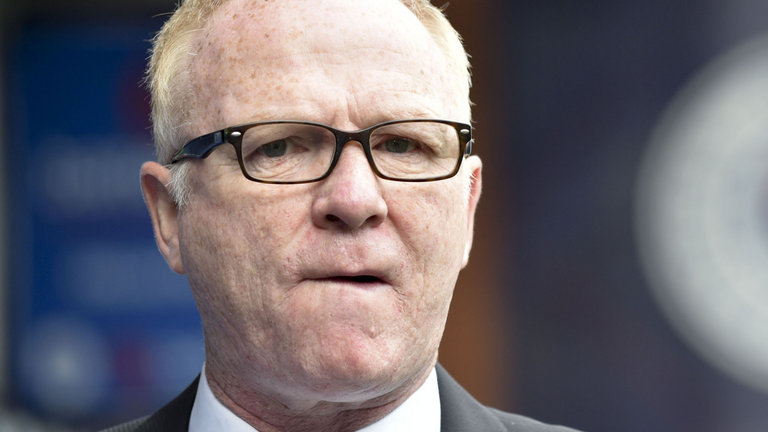 McLeish returns to the role he previously held for less than a year before leaving to become Birmingham boss in 2007, after Scotland narrowly missed out on qualification for the 2008 European Championship.

The 59-year-old takes over after Gordon Strachan left the role in Octoberafter he failed to guide the country to this year’s World Cup finals in Russia.

Michael O’Neill turned down the opportunity to manage Scotland in January and opted instead to sign a new contract with Northern Ireland.

McLeish’s first games in charge will be the friendly against Costa Rica at Hampden Park on March 23, followed by an away game against Hungary four days later.

“It is a tremendous honour to be named Scotland National Team Head Coach,” McLeish told the SFA’s official website.

“I am incredibly fortunate to have had the chance to lead my country already and I am immensely proud to be in this position for a second time.

“There is much to be positive about in Scottish football, with players playing at the highest level and promising talent breaking through.

“With Hampden Park as one of the host venues for Euro 2020 we have an amazing opportunity to showcase our talents to the world from our own back yard.

“I am relishing the challenge of leading us to a major tournament and I cannot wait to get started.”

Scottish FA President Alan McRae was also delighted to have McLeish back in charge.

“Alex McLeish is a true Scotland legend and a natural leader who has enjoyed success at club level in Scotland and England and at international level,” he said.

“During the recruitment process he received resounding endorsements from several influential figures in the game which helped establish him as an outstanding choice from a strong list of possible candidates. ”

McLeish is Scotland’s fourth most capped player after making 77 appearances for his country, representing them in three World Cups.

He also played nearly 700 times for Aberdeen, winning 13 trophies during his time at Pittodrie, including the European Cup Winners’ Cup and European Super Cup.

McLeish has enjoyed success as a manager, winning the Scottish treble with Rangers in the 2002/3 season, as well as guiding Birmingham to a League Cup final victory over Arsenal in 2011.