What exactly does Hailey Bieber do? 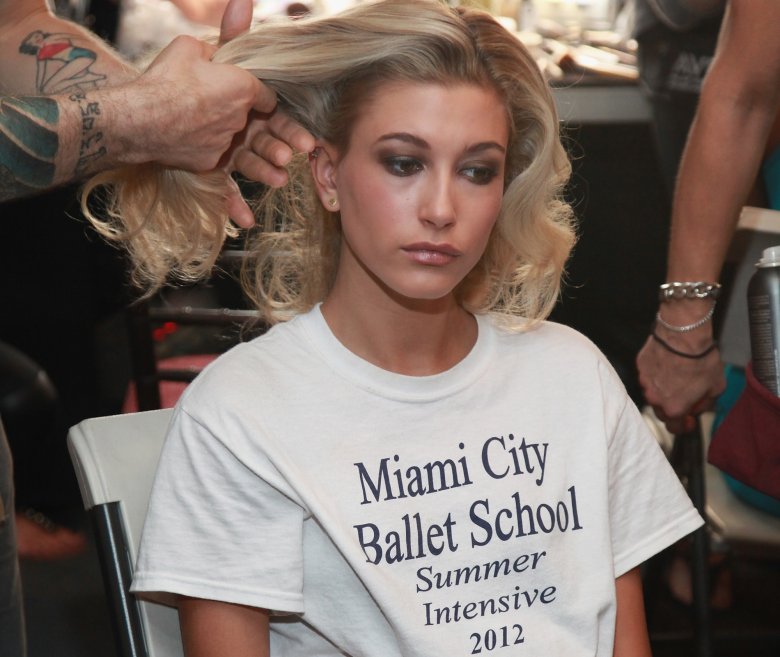 Before she became Hailey Bieber in a whirlwind wedding to pop star Justin Bieber in September 2018 — complete with a beautiful bunch of bridesmaids — Hailey Baldwin built a career for herself through a combination of serious hustle, stunning good looks, and her connections to other stars. But what, exactly, does Hailey Bieber actually do?

As the daughter of actor Stephen Baldwin — famous for Born On The Fourth Of July, The Usual Suspects, and Biodome — and niece of 30 Rock star Alec Baldwin, Hailey got her first taste of her own fame in 2005 when she was just nine years old. Her family was portrayed in 2005 the television documentary Livin’ It: Unusual Suspects, which examined her dad’s life as both a star and an Evangelical Christian. In 2009, she joined her uncle Alec to introduce the Jonas Brothers on Saturday Night Live. She would later appear as herself in another documentary as an adult, The American Meme (2018).

Before becoming a full-on influencer, Hailey had a very different dream: She wanted to be a ballerina. Elle reported in 2015 that Hailey spent her summers at the American Ballet Theatre School. Entertainment Tonight Canada reports that she unfortunately had to quit ballet due to a foot injury, and Hailey’s own Instagram feed makes a point of how much she misses dance. She told Glamour U.K. in October 2016, “I used to be a ballerina so I like to do things that are in line with that. I miss dancing so much, when I go watch a ballet I cry because I miss doing it so much.”

Hailey is aware of her advantages in her various entertainment endeavors, but doesn’t necessarily want to get hired for her famous former last name. She explained to Grazia in 2016, “I want to do everything on my own without my name being a factor. I try to keep myself separate from it.” She added, “Kids that already have a famous background are just following in their families’ footsteps. My dad and all of his brothers have done this. This is my family business.”

Most of all, Hailey Bieber is best known for her modeling. She got her start circa 2014 with her best friend, Kendall Jenner. Her first big catwalk break was for TopShop in 2014. Since then, she’s modeled for Tommy Hilfiger, Tory Burch, Dolce & Gabbana, Ralph Lauren, Adidas, Rag & Bone, Bare Minerals and Julien Macdonald, to name a few.

She’s also well aware of the criticism surrounding the success she, Jenner, and fellow nepotism recipients Gigi and Bella Hadid have in the modeling industry, but won’t let them deter her. “I’m not trying to take away from models who have started from scratch and I really appreciate the girls who have had to move from another country and work really hard,” she told Grazia. “I know it’s more difficult for them.”

Hailey Bieber — then still Hailey Baldwin — added host to her resume in 2017 when she was named co-host of James Corden’s Drop The Mic on TBS with Method Man, the three of them pictured above. “This was stepping outside of my comfort zone,” she told Women’s Wear Daily of “Drop The Mic.” “To be very honest, I was really, really nervous when we first started. I didn’t want to disappoint the team. I was like, ‘James, am I doing this right?'” Before that, she appeared as a presenter on several awards shows, including the MTV Europe Music Awards in 2015 and the MTV Video Music Awards in 2017, something she told WWD she’d like to do more often. In March 2018, she co-hosted the iHeartRadio Music Awards with DJ Khaled.

Despite being comfortable in front of a camera, one thing she isn’t too eager to dip her toes into is acting. “There’s still times where I don’t even know for sure that I want to act. I don’t know if I will get there,” she told WWD. “It’s been a very natural progression for me. It doesn’t feel, like, super overwhelming. But I think that I know when I’m ready for certain things, and I don’t feel like I’m ready to act right now.” That might explain why her biggest role yet has been the love interest in Cody Simpson’s “On My Mind” music video and a brief cameo in Ocean’s Eight (2018).