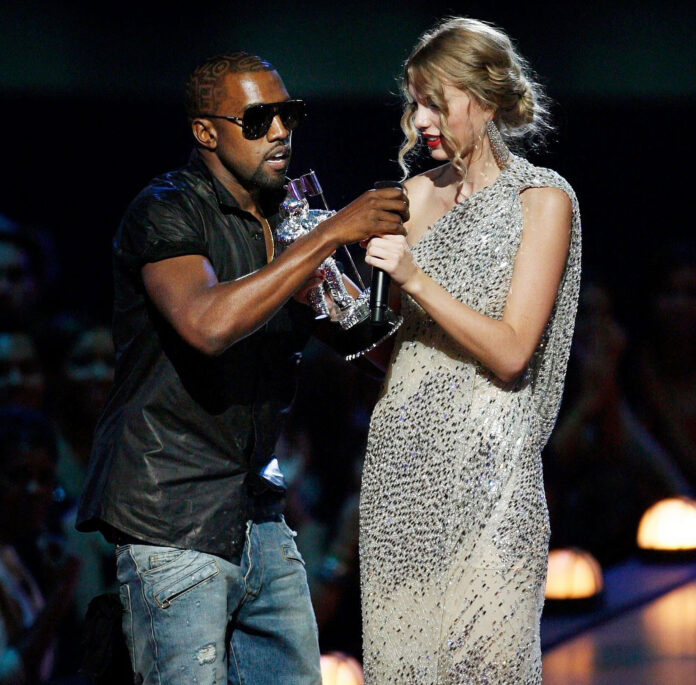 Taylor Swift wasn’t the only one who shed tears after Kanye West interrupted her acceptance speech at the 2009 MTV Video Music Awards.

According to Billboard, Beyoncé also cried when West, 42, stormed the stage as Swift, 29, was accepting the Moon Person for Best Female Video for her music video for “You Belong With Me.”

In Billboard’s oral history of the moment, Van Toffler, the former president of Viacom Media Networks and Logo Group, told the magazine that, after the blunder, he walked backstage to urge Scott Borchetta, founder Big Machine Label Group (the record label Swift was with at the time), to convince the singer to stay, which is when he saw Beyoncé, 37, and her father, Mathew Knowles, crying.

“I walk behind the stage — and sure enough there is Beyoncé and her dad, and she is crying,” he said. “She was like, ‘I didn’t know this was going to happen, I feel so bad for her.’”

That’s when Toffler had the idea to tell the former Destiny’s Child member about her win for Video of the Year later that night and share the award with Swift. In an unprecedented move, the executive spoiled the results for the “Formation” songstress, who agreed to divide her time on stage with the Nashville native.

“I think perhaps for the only time in history at the VMAs — we knew who was going to win the awards, we had a plan for it [but did not tell the artists ahead of time],” Toffler said. “At some point, I let her know that she was probably going to be up on the podium at the end of the show for an award. And wouldn’t it be nice to have Taylor come up and have her moment then?”

He continued, “I had to indicate to her that she needed to stay, and perhaps this is a way to have this come full circle and let [Taylor] have her moment. I would normally not say anything, but I had two crying artists.”

James Montgomery, a former senior correspondent for MTV News, also told Billboard that Pink was among many celebrities who scolded West to his face for his behavior that night.

“During the commercial break, [West] went back down to his seat and Pink walked up to him and got in his face,”  Montgomery said. “I wasn’t close enough to hear the conversation, but she was pointing in his face and nodding her head back and forth, and giving him her two cents about how f–ked up this was and then stormed off.”

The reporter continued, “Then he was sitting there next to Amber Rose with his arm around her, and you could feel everyone in Radio City glaring at his back.”

After the 2009 VMAs, Swift returned the next year to perform her song “Innocent,” which many believe to be about West and how the Cats star forgave him for the ambush. In 2016, West and Swift reignited their feud after the Chicago native released his song “Famous,” in which he raps: “I feel like me and Taylor might still have sex. Why? I made that bitch famous.”

The rapper claimed that Swift had approved the song’s lyrics beforehand, which she denied. After West’s wife, Kim Kardashian, posted a Snapchat video in July 2016 of Swift seemingly listening to some of the lyrics from “Famous” before its release, the 10-time Grammy winner took to her Instagram to accuse the couple of “character assasination.”

“Being falsely painted as a liar when I was never given the full story or played any part of the song is character assassination,” she wrote at the time. “I would very much like to be excluded from this narrative, one that I have never asked to be a part of, since 2009.”