The real reason Jessica Alba refuses to do a nude scene 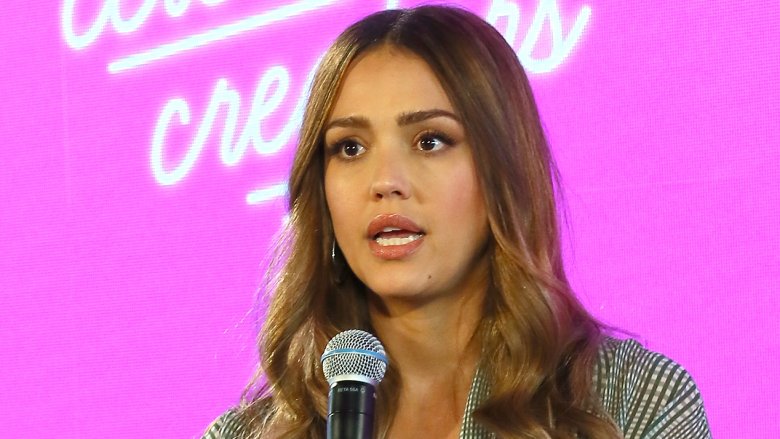 Jessica Alba vehemently refuses to do any nude scenes in her career for a specific, simple and pretty understandable reason: What would grandma think?

“I don’t want my grandparents to see my boobs. That’s it,” she told Glamour for their June 2014 issue. “It would be weird at Christmas. And, I mean, really, if you look at the movies I have done, getting naked would never ‘elevate’ the picture.”

It wasn’t the first time Jessica Alba made her stance clear. She also told Scarlet magazine in February 2010 (via Page Six), “No, I’ll never do a nude scene. I can act sexy and wear sexy clothes but I can’t go naked. I come from a very Catholic family so it wasn’t seen as a good thing to flaunt yourself like that.”

Despite Alba’s firm stance on not stripping down, her characters have. In 2010, The Daily Mail reported that a scene in which Alba’s character appears naked in Machete (2010) was digitally altered to remove her underwear — and her rep confirmed it.

“Jessica has been steadfast in her resolve not to appear nude in films from the beginning of her career,” Alba’s publicist told Entertainment Weekly in a statement. “The decision to digitally remove the underwear from the shower scene in Machete was one she and Robert Rodriguez made together, which would serve his vision for the film, as well as honor her personal convictions regarding nudity. She is very proud of the film and stands by the creative decisions she and Robert made about this scene.”

Jessica Alba has another quite valid (and heartbreaking) reason to avoid appearing naked on film: Hollywood can be a predatory place. The Fantastic Four (2005) star previously explained that she starved herself as a teen in an effort to downplay her curves and deter attention from creepy men who made her feel “preyed upon,” explaining (via Page Six), “I stopped eating a lot when I became an actress. I made myself look more like a boy so I wouldn’t get as much attention.”