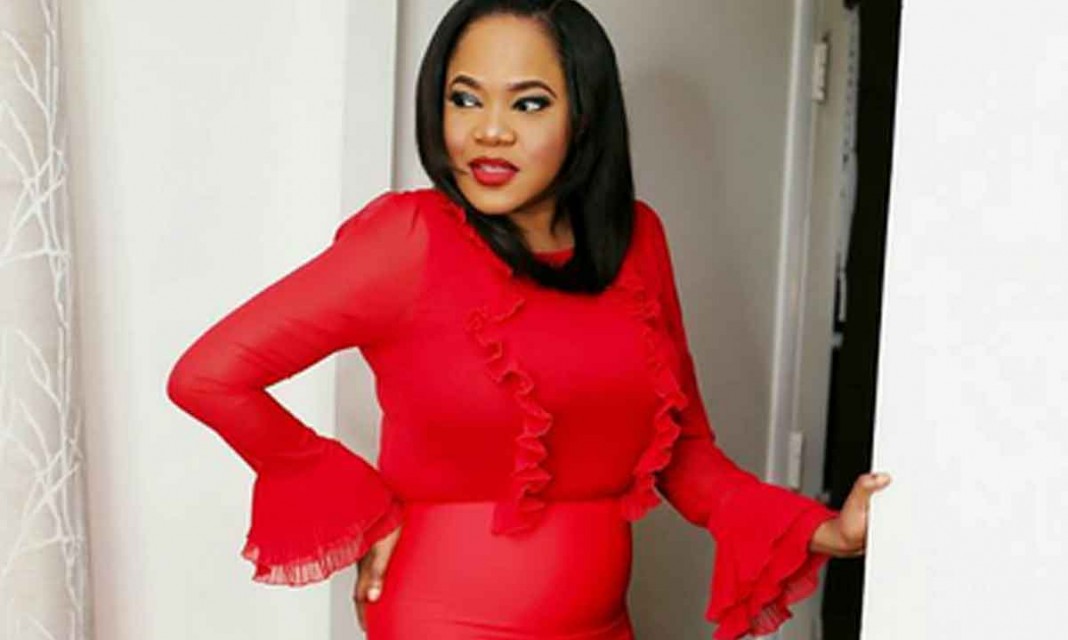 While speaking at the 2017 edition of Success Story Africa, held at the TLC Auditorium in Lagos, on Sunday, popular Nollywood actress, Toyin Abraham, opened up on her past when she abused hard drugs like marijuana and codeine, and was involved in other vices.

According to Premium Times, the actress who made the disclosure, said; “You need to stop bad habits. I was involved in a lot of vices and it became worse last year.

“I did drugs and I am not ashamed to say it because it’s now a thing of the past. They say codeine makes you high; I took a lot. I smoked a lot and I didn’t even know I looked horrible, because I was so skinny.

“If you came to my house last year, you would meet a lot of people and you wont want to leave because we smoked, gossiped about people and what have you.”

The actress also revealed that she once hawked plantain chips to help feed her family, adding that growing up was not easy for her because her family was not financially buoyant, although things worked out for them because they worked hard and were “spiritually buoyant”.

Toyin also talked about the mistakes she has made in the entertainment industry and how she has not let the negativity shape her.

She said; “I made a lot of mistakes when I began acting and that was because I did not have plans. I just wanted to be known.

“But, I now know that being popular isn’t the same thing as being successful. When I got into the industry and the fame became too much, I became irresponsible.

“I could not boast of N1 million in 2016. I was making money and I wanted to feel among. When one of our colleagues bought a car, it was trouble because we all strove to buy the same car or a bigger one.

“I had to change my circle for good and this change started in March 2017.”

Oritsefemi Singer announces November wedding date! The official countdown to Mr. Gomina &amp; Nabila’s wedding has begun!
Tizeti partners Facebook to bring Nigerians affordable internet service The Express Wi-fi plans are affordable and range from N50 for 100MB to N2,000 for 10GB.
Cardi B Rapper is engaged! Despite rumours of an impending split, the engagement has now put the rumours to rest.
Kim Kardashian Reveals the Weirdest Thing Kanye West Does
Ritual Murder Headless body of young girl found inside suitcase in Edo [Graphic Photos] The headless body of a young lady has been discovered stuffed inside a suitcase and dumped by the roadside in Edo State.
AY Makun Comedian featured on CNN Marketplace Africa, talks hardships in Nollywood When asked about the impact of the recession in the country’s economy on business, AY noted that even his company suffered as did most companies in the industry.
Trump emissions threat to US car industry
Swiss prosecutors rule out charges in new Polanski rape claim
Khloe Kardashian Is Behind Your Favorite Kris Kardashian Meme
Davido Singer’s daughters celebrate their 1st Halloween (pictures)
Goodluck Jonathan I’m always close to tears when Nigerians say they want me back – ex-President
Lil Pump -Gucci Gang
Bianca is Responsible for My Father’s Death – Emeka Ojukwu Jnr Speaks Out in Explosive Interview
Juliet Ibrahim warns boyfriend If you mess me up Ghanaians will deal with you
Tyrese threatened The Rock’s daughters on social media
In Somalia The deadliest attacks in country since 2010 A weekend attack claimed by the Al-Qaeda aligned Shabaab on a hotel in Mogadishu has killed at least 27 people, just two weeks after the deadliest attack in Somalia’s history killed 358 people in the capital.
When my father was sick, Bianca chose not to take care of him, rather she pleased herself’ – Ojukwu’s first son, Emeka Jnr speaks
Kenya Country waits for an end to presidential re-run Kenya’s election board is expected Monday to decide whether to reschedule a vote in flashpoint opposition areas or to push ahead with declaring victory for President Uhuru Kenyatta.
Amosun, Dalung, Mohammed to cheer Joshua fight
Share
Facebook
Twitter
WhatsApp
Pinterest
Linkedin
ReddIt
Email
Print
Tumblr
Telegram
Mix
VK
Digg
LINE
Viber
Naver
Previous articleJill Scott ends 1-yr marriage with husband
Next article‘My husband tied me to tree’