Cardi B Rapper is engaged! Despite rumours of an impending split, the engagement has now put the rumours to rest. 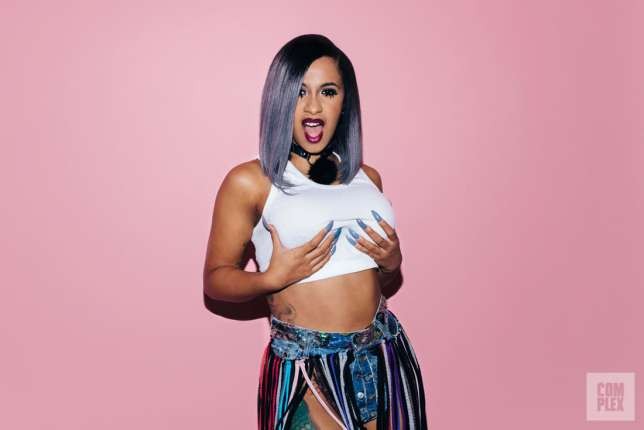 Cardi B is engaged to none other than Offset.

The rapper popped the question to Bodak Yellow rapper during the Power 99’s Powerhouse event in Philadelphia.

The audience went wild watching Offset go down on his knee before showing Cardi the enormous diamond ring.

The rapper said yes and hugged her boyfriend before going on to dance excitedly.

Earlier this year, Cardi was rumoured to have gotten engaged but she quickly put an end to the speculations in an interview at the 2017 MTV VMA Pre-show, saying:

“I’m a woman. Every woman, I think, wants to get married and wants to have children. It’s never too early to get married now. You know, if you want to propose to me, you can.”

Cardi B is in relationship with Offset of Migos

When asked if she had been pressuring her man and dropping hints about marriage, she said:

“I don’t gotta put the pressure, you know what I’m saying? I put it down. Ain’t no pressure, baby!”

The two rappers have been known to show sufficient PDA on social media. Despite rumours of an impending split, the engagement has now put the rumours to rest.

Big congrats to them.