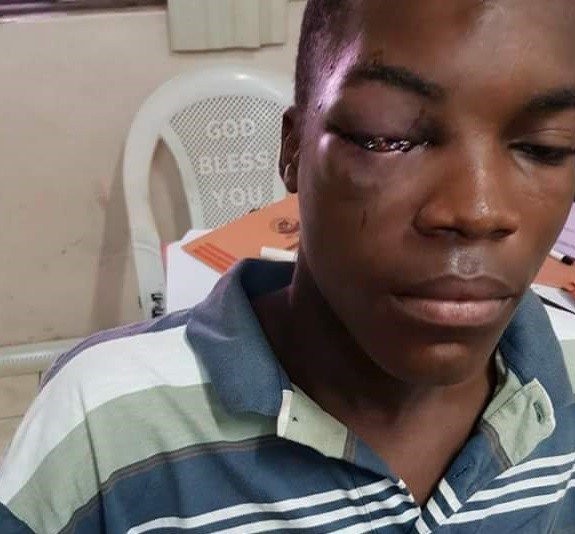 A student of Ojodu Grammar School, Ikeja, Lagos, Benjamen Edet, who was stabbed by another student last Wednesday, has lost the vision in the left eye. Read previous report here

It was gathered that the duo had a heated argument during school hours following which they both engaged in a scuffle shortly after school hours. 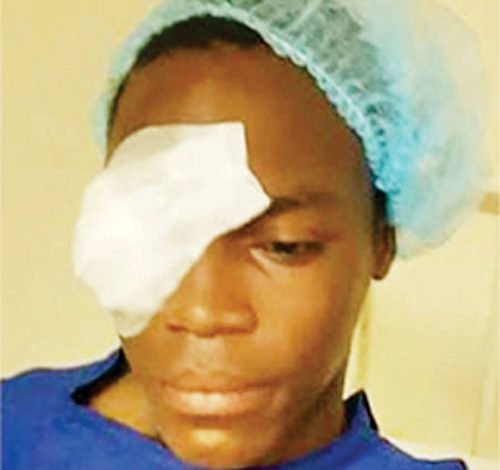 The culprit was said to have fled the scene immediately after stabbing Edwin the eye during the fight.

Bystanders were said to have pursued the underside culprit but he used the knife to scare them off and disappeared into thin air.

“It was a misunderstanding that broke out between the students during school hours and it snowballed into a scuffle shortly after they left the school’s premises. In the heat of the fight, the other student brought out a kitchen knife and inflicted a deep cut on Edet’s left eye,” a witness said.

“The victim was rushed to a nearby hospital where doctors confirmed that he can no longer see with the left eye. The incident was reported to the police but I don’t know if the boy has been arrested.”

The spokesman of Lagos State Police Command, Mr Chike Oti, who confirmed the incident said the culprit had been apprehended and charged to court.

“The incident was reported to Ojodu Police Division. The culprit was arrested and has been arraigned before a Family Court sitting in Ikeja.