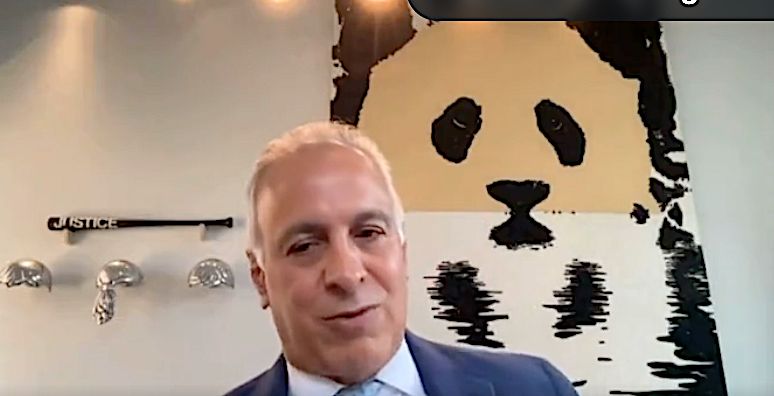 A Trump White House attorney derided election conspiracy theories by Donald Trump allies as “nuts” in videotape testimony played at a hearing Monday by the House select committee investigating the Jan. 6, 2021, attack on the U.S. Capitol.

Eric Herschmann, who defended Trump at his first impeachment trial, was appalled by schemes to overthrow the presidential election to keep the former president in office.

“What they were proposing, I thought, was nuts — in theory was also completely nuts, right?” Herschmann said in his testimony as he shook his head.

“It was a combination of Italians, the Germans, different things that had been floating around as to who was involved … Hugo Chavez, the Venezuelans. She has an affidavit from somebody who says they wrote a software [program], and something with the Philippines — just all over their radar,” he added with disgust.

He also said in another clip: “The Dominion stuff, I never saw any evidence whatsoever to sustain those allegations.”

“What they were proposing, I thought, was nuts…completely nuts.”

Rep. Zoe Lofgren (D-Calif.) pointed out at the hearing that attorneys for Powell last year wrote in a motion to dismiss a $1.3 billion defamation suit filed by Dominion against her that “no reasonable person would conclude that the statements [about Dominion] were truly statements of fact.” The suit is ongoing.

“Are you out of your effing mind?” Herschmann said he confronted the lawyer the day after the insurrection. “I only want to hear two words coming out of your mouth from now on: ‘Orderly transition,’” he added.

White House lawyer Eric Herschmann on what he said to John Eastman on January 7: “I said to him, ‘are you out of your effing mind?’ I said, ‘I only want to hear two words coming out of your mouth from now on — orderly transition.” pic.twitter.com/8yEoqZjdgU

Herschmann also took a dig at Giuliani, noting that the one-time New York City major was “at this stage of his life in the same ability to manage things at this level — or not.”

The lawyer pointed out that one-time New York police commissioner Bernie Kerik, who was working with Giuliani, “said they never proved the allegations they were making.”