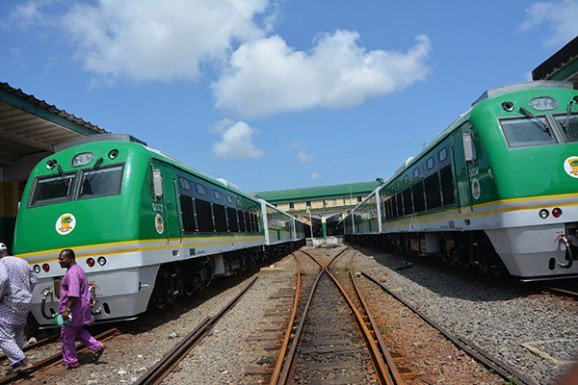 An investigative piece by This Day newspapers has laid bare the shady dealings of officials tasked with selling tickets at the Rigasa Railway Station of the Abuja-Kaduna rail lines. A particular staff named Mr Nabasa is alleged to have hoarded the tickets only to resell them at passengers willing to buy at the higher price. A staff of the CBN who spoke with journalists said he had to pay 3 times the normal price to obtain a ticket.

“My name is Jemilu Dabo, a staff of Central Bank of Nigeria (CBN), I came here (train station) around 12:30p.m. Actually I joined the queue but, unfortunately I was told that the ticket was finished. But I have to call someone to be able to get one at a higher price.

“The person I called is a staff of the Nigeria Railway Corporation (NRC), and he is here at the Rigasa Rail Station. I gave him about N3,000 for me and my friend for the standard class as against the normal price of N1,050. And he immediately gave me the same ticket he said was finished.

“My suggestion is that the federal government should introduce the online ticketing just the same way you book for flights. The introduction of online ticketing will go a long way to reduce bureaucracy and hoarding on the part of the management as well as enhance speedy services thereby saving passengers unnecessary hardship of joining the queue in an attempt to obtain the ticket.

“Though the online could affect those who cannot read or write, however, for those who have the capability for online, he or she can ease their problem of coming to join the queue.”

On the security situation at the rail station, Dabo said:

“There is no adequate security to curtail the chaotic situation at the station especially when obtaining tickets. Government should improve the security at the train station.”

The police officers attached to the station complained of poor welfare, they said the National Railway Corporation is not doing much to motivate them.
Meanwhile, the coach from Rigasa station in Kaduna to Abuja broke down at the Rijana station due to mechanical fault.