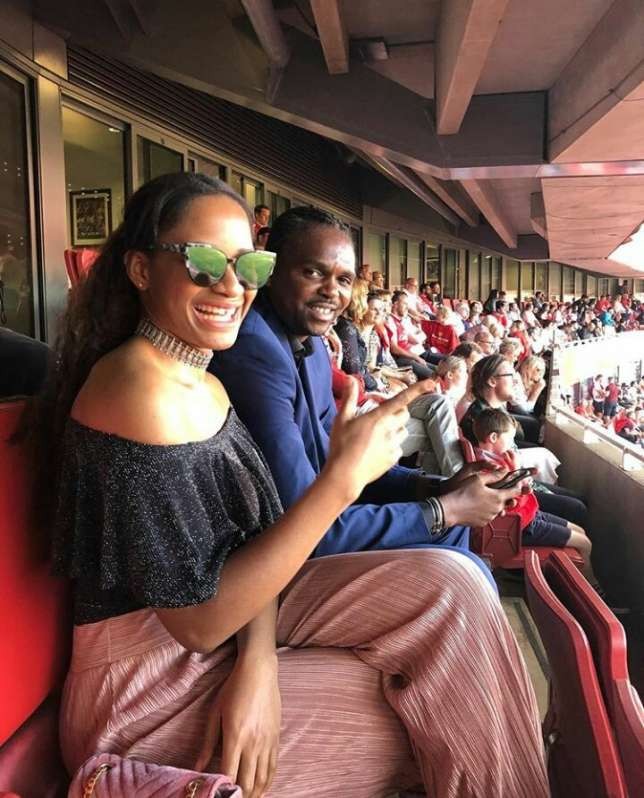 Kanu was among some former Arsenal legends that graced Wenger’s last home game for the Gunners.

Super Eagles great Kanu Nwankwo was present at the Emirates Stadium on Sunday, May 6 to honour Arsene Wenger in his last home game for Arsenal.

In Wenger’s last home game as Arsenal manager, the Gunners put in a very impressive performance to earn a comprehensive 5-0 victory over Burnley.

Kanu was signed by Wenger from Inter Milan in February 1999 and went on to make 119 appearances under the French manager.

The 41-year-old was among a host of other former Arsenal players at the Emirates Stadium on Sunday to honour Wenger in his last home game as Gunners’ boss after 22 years in charge.

Kanu also attended the game with his wife, Amara.

The former Nigeria international and the former Arsenal players present came out on the pitch after the game to listen to Wenger’s goodbye speech.

Wenger hugged all his former players present including Kanu.