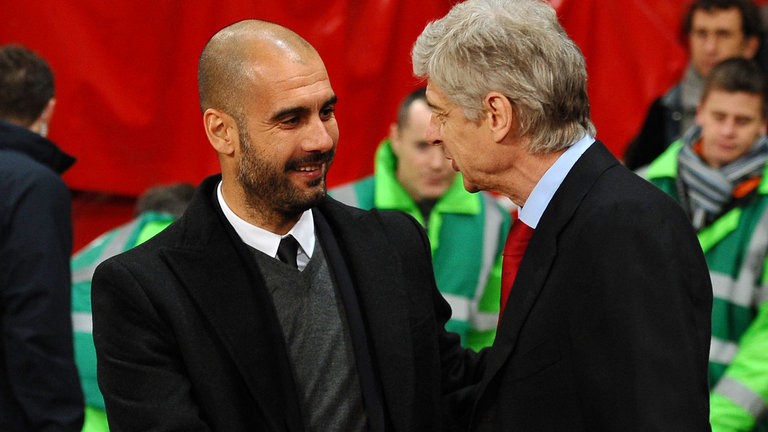 Arsene Wenger revealed he was once visited by Pep Guardiola when the former Barcelona player wanted to sign for Arsenal.

Guardiola made more than 250 appearances for Barcelona as a player, before a series of brief spells at the likes of Roma and Brescia, and retired in 2006.

Wenger, who will face the Manchester City manager in the Carabao Cup final on Sunday, says he invited the Spaniard to his home to discuss the possibility of a move to north London.

Wenger told beIN Sports: “I talked to him a few times and once he came to my house when he was a player, because he wanted to play for Arsenal.”

Despite their shock defeat against Wigan in the FA Cup on Monday, Manchester City will hope to claim their first trophy of the campaign against the Gunners at the weekend.

After failing to win a trophy in Guardiola’s first year, Manchester City have dominated in the Premier League so far this season and Wenger is full of praise for his counterpart’s managerial record.

“I think he has done much better than I have and he knows what to do. He has exceptional teams and he is managing them very well.

“I think I respect what he does because he has a clear vision of the game, he has a positive attitude, a positive philosophy.

“Even if he doesn’t win I have as much respect as when he wins because I think people have an influence in the game. It’s very important to have a positive attitude towards the game.”

Jose Mourinho says Manchester United have ‘some problems’ with injuries