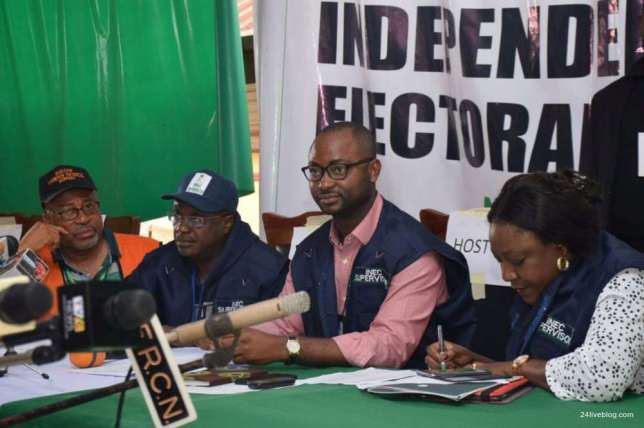 Obiano polled 234, 071 votes to defeat his closest rival, Mr Tony Nwoye of the All Progressives Congress (APC), who scored 98,752 votes.

The National Chairman of the All Progressives Grand Alliance (APGA), Chief  Victor Oye, has described the re-election of Gov Willie Obiano on Saturday as “a product of hard work and good governance”.

The News Agency of Nigeria (NAN) reports that Obiano polled 234, 071 votes to defeat his closest rival, Mr Tony Nwoye of the All Progressives Congress (APC), who scored 98,752 votes.

Oye said he had earlier predicted that APGA would win seven states in the 2019 general election.

In his reaction, Chief Victor Umeh, the Director-General of the Obiano Campaign Oganisation, commended President Muhammadu Buhari for ensuring that the electoral process was not manipulated.

Umeh, a former national chairman of the party, described the election as “the best election ever conducted in the state”.

He said that the outcome of the election showed a great beginning for the nation’s democracy.

“There was palpable tension that the result will be manipulated, but today, all the results at the Local Government Areas were declared at the INEC headquarters.

“This is what we wish for the country, an electoral process where the people are allowed to choose their leaders,” he said.

Umeh urged the commission to deploy the model used in the state to reform the electoral process in the country and “rid the process off fraud”.

However, the All Progressives Congress (APC) said the reports of ballot box snatching and other irregularities raised eyebrows in the Saturday’s election.

“Certainly, we will look at these issues from the objective point of view, analyse them and come up with our position later,” Mr Chuks Agufugo, the state Secretary of the party, said.

Mr Sam Oraegbulam, the state Chairman of Hope Democratic Party, said there was an improvement from the other elections conducted by INEC in the state.

“We do not have any argument with the results, even though, there are areas in the electoral process that need to be improved on.

“The vote was a reflection of the wishes of the people and it will be unfortunate for anyone to complain about the outcome,” Oraegulam said.

NAN recalls that 36 political parties fielded candidates for the governorship poll in the state.