What Putin Wants From His G-20 Meeting With President Trump 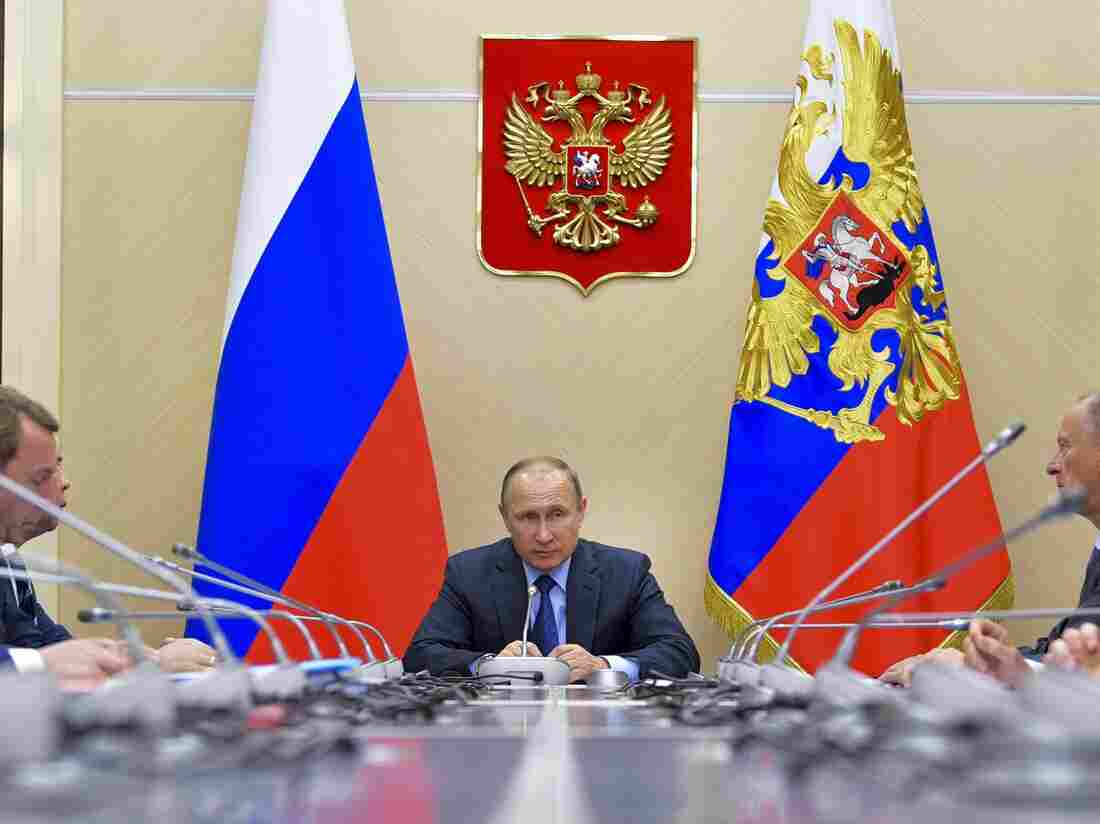 Russian President Vladimir Putin chairs a meeting of the Commission for Military Technology Cooperation outside Moscow on Thursday, ahead of Friday’s G-20 meeting in Hamburg. Alexei Druzhinin/AP hide caption

Russian President Vladimir Putin chairs a meeting of the Commission for Military Technology Cooperation outside Moscow on Thursday, ahead of Friday’s G-20 meeting in Hamburg.

When Donald Trump meets Vladimir Putin on Friday, the whole world will be looking for clues as to where the fraught U.S.-Russian relationship goes next.

After months of speculation on the location and format of their first meeting, the two presidents will finally sit down together during a yearly gathering of Group of 20 leaders in Hamburg, Germany.

“The two presidents getting to know each other is probably the main part of this meeting,” Kremlin spokesman Dmitry Peskov told reporters this week, dampening expectations for any breakthroughs. 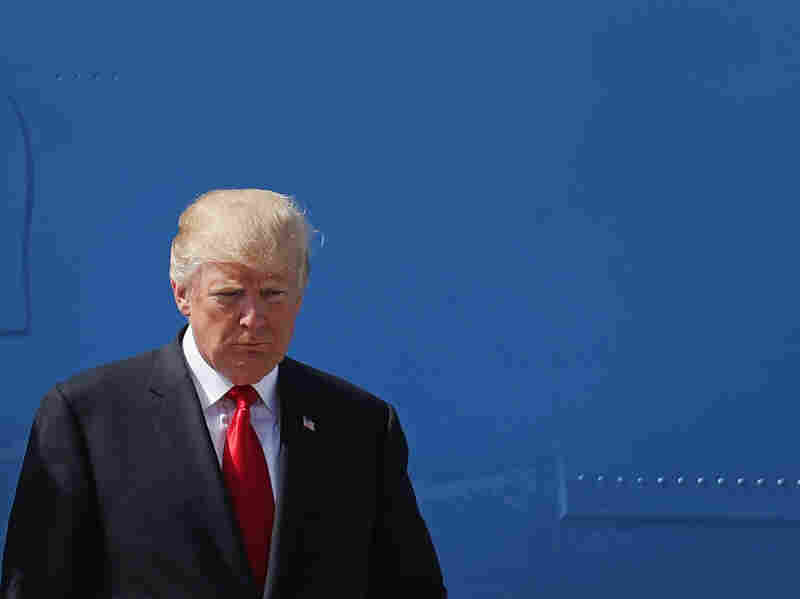 Trump’s three immediate predecessors, who came into office following the collapse of the Soviet Union, all first met their Russian counterparts at full-scale bilateral summits. But in 2014, after Putin sent troops into Ukraine and Russia was kicked out of the Group of Eight leading industrial nations, the annual G-20 meeting became the most convenient – if often awkward – place for presidential get-togethers.

Nearly six months into a presidency that had promised better ties to Moscow, Secretary of State Rex Tillerson describes relations as being “at a very low point.”

Investigations into Russian meddling during the November election, combined with accusations of collusion between the Trump campaign and the Kremlin, have prevented a normalization of relations.

“It’s senseless to want anything from Trump because he’s tied by his hands and feet. He can’t do anything,” said Fyodor Lukyanov, head of the Council on Foreign and Defense Policy in Moscow. “The important thing for Putin is to meet Trump in person, to understand if it will be possible to do business with him.”

Putin will be looking to see if he’ll have a partner in Trump once the U.S. domestic uproar over Russia dies down, says Lukyanov. But otherwise the Russian leader is unlikely to expect much more from the meeting, since time will be limited and Trump doesn’t have a clear line on many issues.

The lack of time means Putin won’t be able to fully explain his position on the conflict in Ukraine, Kremlin spokesman Peskov said.

When former President Obama first met Putin outside Moscow in 2009, they spoke for two hours, with the Russian leader rattling off a litany of grievances about U.S. foreign policy.

The Hamburg meeting is taking place under significantly different circumstances.

Amid widespread suspicion over Russia’s links to the White House, the Trump administration has studiously avoided Putin up to now, even as the president has hosted the leaders of China, India and Turkey.

“Putin needs the meeting more than Trump. He’s prepared to be flexible and adjust his behavior accordingly,” said Pavel Baev, a research professor at the Peace Research Institute Oslo. “He doesn’t need to show his machismo.”

The Russian president believes that real politics is decided on the highest level, Baev said, so for him, it’s all about establishing a rapport with Trump.

“Here he hopes to have a turnaround moment, like when George W. Bush looked into his eyes,” Baev said, referring to the 2001 summit when the U.S. president famously said he had been able to “get a sense of [Putin’s] soul.”

Relations deteriorated after Bush pulled the U.S. out of the Anti-Ballistic Missile Treaty, the United States invaded Iraq and Russia fought a five-day war with its neighbor, Georgia. That low point in relations paved the way for Obama’s “reset” with Moscow – which foundered when Putin returned to a third term as president and collapsed after Putin annexed Crimea.

The Trump administration has been limited in what it can do to salvage the relationship.

Besides charges of Russian election meddling and disagreements about Ukraine, Washington and Moscow are at loggerheads over how to move forward when it comes to Syria and North Korea. The Kremlin is also demanding that the U.S. restore access to two Russian diplomatic compounds that the Obama administration blocked in December.

In such a charged atmosphere, both sides are aware of symbols and signals.

It’s not by chance that Trump visited Poland – a NATO ally once in Moscow’s sphere of influence – before meeting Putin, or that Tillerson will travel to Ukraine after Hamburg.

At a press conference in Warsaw on Thursday, Trump stopped short of blaming the Kremlin for interfering in the U.S. election, saying, “It could have been a lot of people interfered.”

But later, in a speech, he made a point of telling Russia “to cease its destabilizing activities in Ukraine and elsewhere, and support for hostile regimes, including Syria and Iran.”

Dmitri Trenin, director of the Carnegie Moscow Center, says that statement sent a message to the Kremlin.

“It clearly tells Putin that Trump acts under severe restrictions at home and in the NATO context,” Trenin said. “So the window of opportunity is narrow.”

Putin’s main task now will be to keep it open.