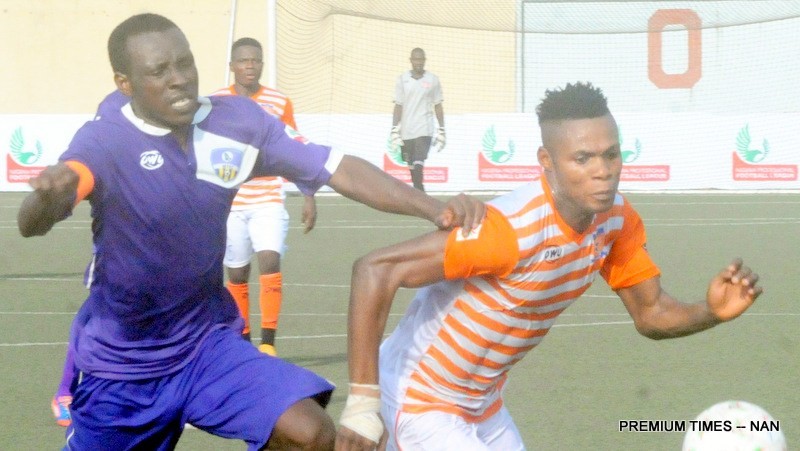 The Olukoya Boys who started the second stanza of the league on a disappointing note did the needful on Sunday as they secured all three points from Sunday’s Match Day 22 tie.

Adebayo Waheed scored the only goal that gave MFM FC the vital win they craved for as they have now taken their points tally to 37 from 22 games.

Though Plateau United are still top on the NPFL log, their advantage at the summit has been reduced to just two points after they were beaten 1-0 on Sunday in Calabar by Enyimba.

In Ibadan, Shooting Stars halted their poor run in the second stanza of the League as they claimed a lone goal win in the South West derby against Sunshine Stars.

Petite-striker, Ajani Ibrahim, scored against his former side to secure victory for the Oluyole Warriors in the game played at the Adamasingba stadium in Ibadan.

Ibrahim was on target in the 7th minute to separate both sides and ensured the struggling 3SC secure their first win in four matches.

There was also something to cheer in Sagamu where bottom side, Remo Stars, secured a 2-0 win over Gombe United.

There were also home wins for the trio of Kano Pillars, ABS FC and Wikki Tourist who all won their games by a 2-1 margin on Sunday.