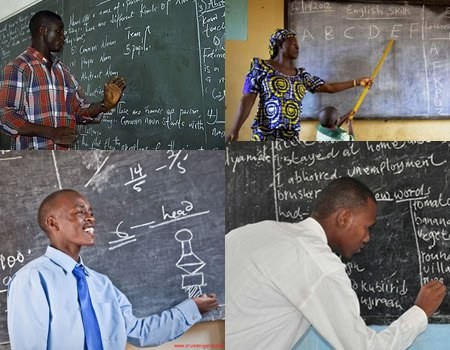 The Executive Director of Breeze 99.9 FM in Nasarawa State, Dr Nawoni Aboki, has said the land, which he used for his radio station, was approved by the state Governor Tanko Al-Makura.

Aboki, who said this in an interview with Northern City News, noted that he paid for the land on February 28, 2017, and was issued with a Certificate of Occupancy the same day. He argued that he did not owe the state a dime.

The state government had on Saturday sent officials to demolish the structure for allegedly violating some occupancy rules, after which the radio workers started a protest.

It was reported on Sunday that armed policemen stormed the station and shot sporadically at the protesters, who described the demolition as illegal.

The radio station director, Aboki, said the claims of the state government were false.

He said, “On Friday last week, we got the first letter from the state Commissioner of Land and Survey, Mr Sunny Agassy, accusing us that we had changed the purpose of the land and we were operating a commercial office in a residential area. He said we did not pay our ground rents.

“So, we went there and we settled all the allegations brought by the commissioner. We showed him all our papers and we equally went to the Nasarawa Urban Development Board, but the NUDB claimed not to have seen the plan, particularly the site used for the radio station.”

Aboki alleged that the state government had an ulterior motive in the matter, as it even supervised the demolition.

Reacting on behalf of the state government, the Commissioner for Information, Culture and Tourism, Mr. Abdlhamid Kwara, said the demolition of Breeze FM station was to protect the residents around the station from being exposed to transmission radiation.

“The exercise carried out was in line with the NUDB statutory functions. The station was not demolished because it broadcast a labour strike in the state. That insinuation is baseless and lacks substance,” he added.

Meanwhile, the Nigeria Communications Commission has called for an immediate detention and prosecution of perpetrators of the destruction of telecommunications equipment across the nation.

The Executive Vice-Chairman of the commission, Prof. Umar Danbatta, made the statement at a one-day sensitisation workshop for law enforcement agencies in the North Central zone held at Sawalino Hotel, in the Keffi Local Government Area of Nasarawa State.