Miley Cyrus Seemingly Confirms What We Suspected About Her New Relationship 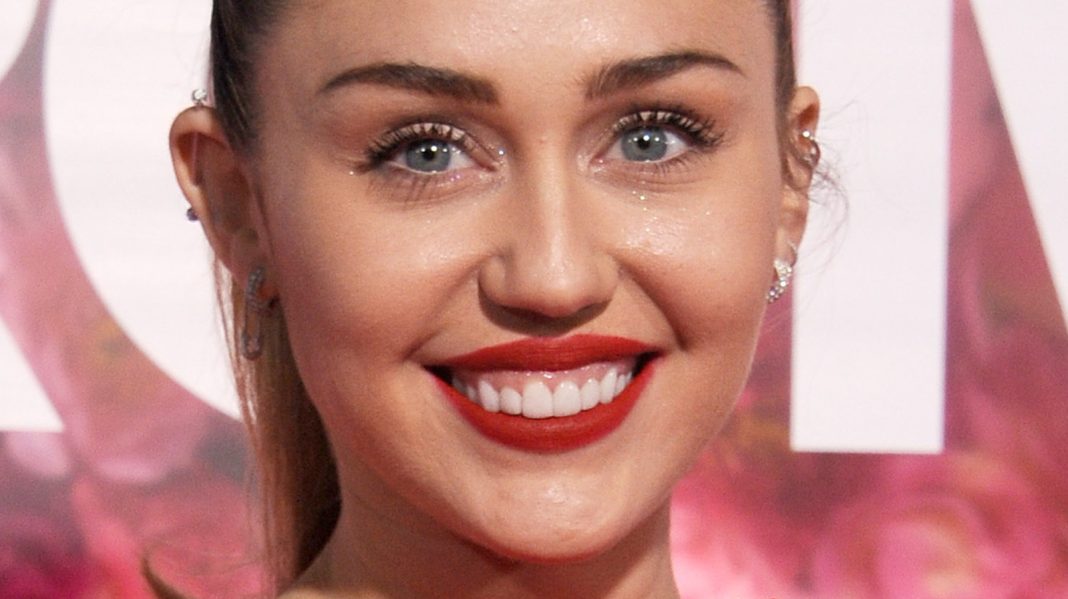 While “Hannah Montana” star Miley Cyrus and Lily drummer Maxx Morando have never officially confirmed their relationship status, their latest smoochfest in West Hollywood should remove all doubt. The pair were spotted by the paparazzi displaying extreme PDA on the sidewalk on April 14 with the “Midnight Sky” singer wrapping her arms around Morando and planting a cute smacker on his lips. Cyrus and Morando were soooo sitting in a tree, K-I-S-S-I-N-G.

This isn’t the first time the pair have been spotted together. They were photographed together in November 2021 at the “Gucci Love Parade” event, and then he was spotted backstage at her “Miley’s New Years Eve Special” that she co-hosted with Pete Davidson, It was around the time of that TV special that the first photos of the pair playing tonsil hockey

first emerged. According to an insider, Cyrus was very intentional with that public kiss. “When Miley kissed Maxx on the balcony, she knew that she was going public with their romance … And she does not care, at all. She is so into him and she’s calling him her boyfriend!” a source close to Cyrus.

Next stop is #InstagramOfficial. C’mon guys, do it for the ‘gram!