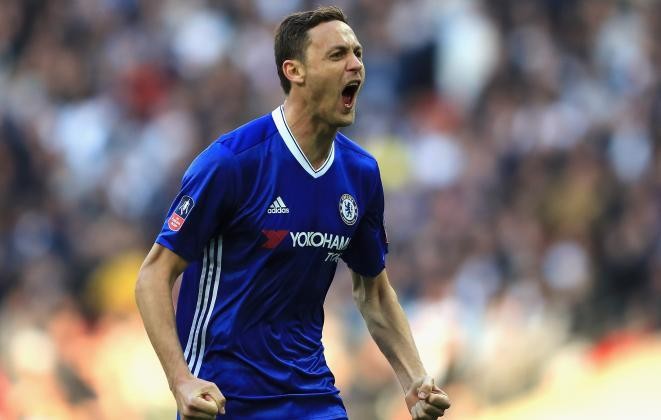 Manchester United are on the verge of completing a deal for Chelsea midfielder Nemanja Matic, after agreeing a fee in the region of £40 million, sources have told ESPN FC.

The club are hoping to announce a deal for the Serbia midfielder in the coming days and he could make his debut against Sampdoria in Dublin on Wednesday or in the UEFA Super Cup against Real Madrid next week.

A leaked picture on Twitter allegedly showed Matic already wearing a United training top. Sources told ESPN FC that he underwent a medical at Carrington on Sunday and United should be able to announce the deal in the next 24 hours once the final details are completed.

The 28-year-old will become Jose Mourinho’s third signing of the summer after the arrivals of Victor Lindelof from Benfica and Romelu Lukaku from Everton.

Mourinho has made no secret of his desire to add more players to his squad before the end of the transfer window and, after Matic’s arrival, he is set to target one final addition.

Croatia winger Ivan Perisic remains a target although Inter Milan are refusing to budge on their valuation of £48.5m and United have so far resisted attempts from Inter to take Anthony Martial on loan as a makeweight.

Mourinho had targeted Eric Dier to fill the holding midfield role at United next season. However, Tottenham chairman Daniel Levy has refused to negotiate the sale of the England international and Mourinho turned his attention to Matic.

Matic was a regular at Chelsea under manager Antonio Conte last season, but his place has come under pressure after the £40m arrival of Tiemoue Bakayoko from Monaco.

Chelsea had been keen to sell Matic to Juventus, but after the Serie A side withdrew their interest, the Premier League champions were forced to accept United’s offer.

Mourinho knows Matic well from their time together at Stamford Bridge; he was part of Chelsea’s title-winning team in 2014-15 after Mourinho sanctioned his return to the club from Benfica in January 2014.