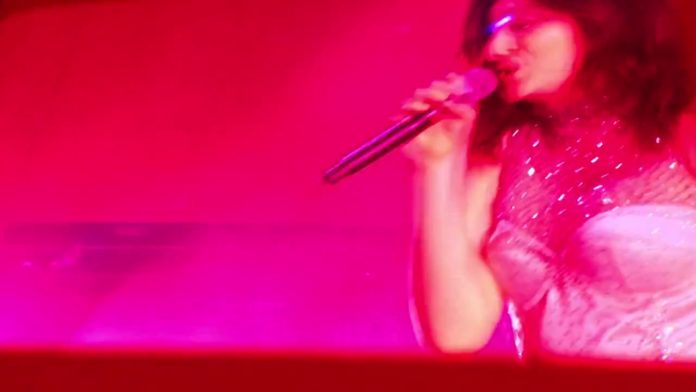 After giving a small group of fans a sneak peek at the song “Sober” during an intimate club show on Friday (Apr. 14), Lorde doubled down on Sunday night (Apr. 16) during her headlining set at Coachella by playing two new ‘Melodrama’ cuts “Homemade Dynamite” and the title track.

Beginning with “Homemade Dynamite,” Lorde declared that she wanted fans to give the new song “the biggest f–king birthday.” The beat-heavy track with a line about “blowing s–t up with d-d-dynamite” came in the middle of a Coachella set that opened with the “Green Light intro” and also featured an encore listen to “Sober” and the other taste of Melodrama we’ve heard so far, “Liability.”