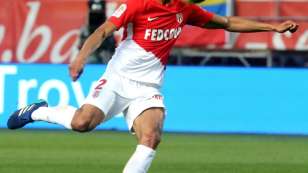 The Brazlian, 24, who is to move to Anfield on July 1, is to be transferred in a deal that could be worth more than $50 million, reports said.
“I am really excited about this move,” Fabinho told Liverpool’s website. “This is something that I always wanted — this is a giant of a team.”
“Liverpool are in a league that is probably the best in the world, so there were many positive points for me to choose to come and I am very, very happy to be here.

Liverpool finished fourth in the Premier League last season and reached the Champions League final.
Manager Jurgen Klopp said: “His reputation as a character in the dressing room and his attitude in training has come through from everyone we speak to.”
“He has ability and mentality to play at the highest level in a number of positions. He can play ‘6’, ‘8’ and ‘2’. This is cool.” he added.
Fabinho, who has four caps for his country, is the club’s first signing of the summer transfer window, Liverpool said on its website. At Monaco Fabinho made 225 appearances and scored 29 goals in five seasons with the French club.
Liverpool see Fabinho as a replacement for Emre Can, who is expected to sign for Juventus on a free transfer this summer upon the expiration of his Anfield contract, ESPN reported.
Share
Facebook
Twitter
WhatsApp
Pinterest
Linkedin
ReddIt
Email
Print
Tumblr
Telegram
Mix
VK
Digg
LINE
Viber
Naver
Previous articleFrom Egyptian, his village to best player in England, Salah is a national idol
Next articleManchester United close to deal for Porto right-back- Diogo Dalot