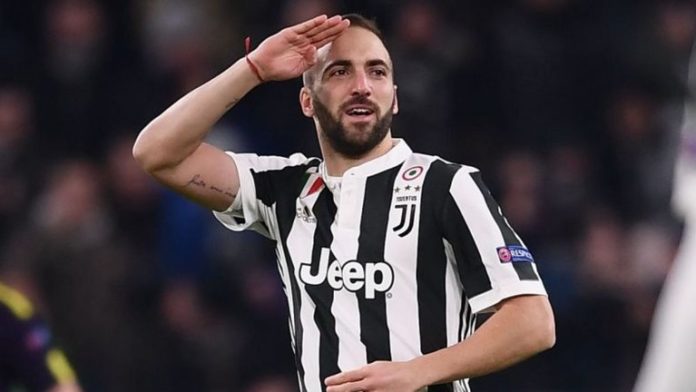 Juventus opened up a four-point gap at the top of Serie A with a 2-0 win at home to 10-man Atalanta.

Gonzalo Higuain’s 20th goal of the season put the hosts ahead just before the half-hour with Blaise Matuidi’s first goal at the J Stadium making sure of the points nine minutes from time.

That was after defender Gianluca Mancini was sent off in the 79th minute for a second yellow card in less than two minutes.

Giorgio Chiellini (twice) and Higuain both had chances before the Argentine made the breakthrough in the 29th minute, converting Douglas Costa’s cross.

Mancini was shown a red card in the 79th minute after two fouls in quick succession and that allowed the Serie A leaders to comfortably see themselves to victory with Matuidi firing home left-footed from Higuain’s pass.