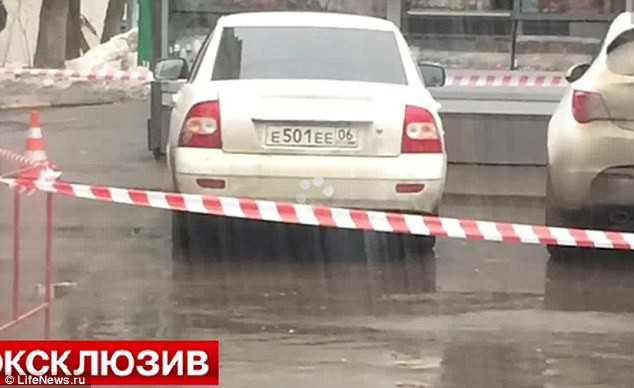 Senators, members of the House of Representatives and the state Houses of Assembly have devised various means to keep safe and protect themselves in the wake of rising cases of kidnapping of eminent citizens, including politicians.

Just three weeks ago, a lawmaker from Kano State, Mr. Garba Umar-Durbunde, was kidnapped by gunmen along the Abuja-Kaduna Road, after which he reportedly paid N10m ransom to secure his freedom.

Senator Jonah Jang’s aide was killed by kidnappers last weekend and it was said that the former Plateau State governor was the target.

Investigations by Saturday PUNCH showed that one of the strategies adopted by many federal lawmakers was to lie low to avoid being identified in public and drawing attention to themselves.

It was learnt that many senators and House of Representatives’ members no longer use official number plates on their vehicles in a bid to keep starring eyes in check.

For instance, a member of the House of Representatives, who spoke on condition of anonymity, disclosed that in the past, it was prestigious and fashionable for legislators to use their official number plates but not anymore because of the level of insecurity in the country.

The member asked, “Look around, how many members do you see using their number plates with ‘Rep’ boldly written and displayed?

“Before now, it was fashionable to do so. The number plates could open the way for you because it identified you as a VIP; but not anymore because of security concerns.

“These days, people do not want to be identified as lawmakers. When a member uses the official number plate, you will find out that it will be covered.

“Generally, they want to keep a low profile. Some prefer that they are not noticed at all than for them to be noticed with a retinue of policemen, which draws attention.”

A senator, who also spoke on condition of anonymity for fear of being identified as a target by kidnappers, confirmed that some of his colleagues had also stopped using their official number plates for security reasons, saying “everyone is being careful not to draw attention to themselves because kidnapping is on the increase and you can’t know who is good and who is planning evil.”

The lawmaker representing Oyo South Senatorial District, Senator Adesoji Akanbi, told Saturday PUNCH that inasmuch as he was not keen on going about with his personal security detail, the rising spate of insecurity in the country, especially kidnappings of rich and prominent Nigerians for ransom, had changed his view.

Akanbi said he had stopped going on road trips except when it is unavoidable, adding that he was also considering getting more security attachment.

“Someone like me did not believe in going around with persons for security but right now, I have to start thinking about it. I didn’t believe that there was the need to move about with security detail, the reason being that I am loved in my constituency and connected with them.

“But it is getting beyond that now and we now have to take our security seriously. The law enforcement agencies must also support us lawmakers.”

When asked if he had made adjustments to his movements, especially on the roads, Akanbi replied, “Of course, road travels have disappeared on my radar especially now that the airports are operating. It is now suicidal to go on road trips unless something urgent happens and there are no flights.”

Also, Senator Danjuma La’ah (Peoples Democratic Party, Kaduna South), expressed his fears over the spate of robberies and kidnappings in the country. He specifically identified the Abuja-Kaduna Road as becoming a national embarrassment.

La’ah, who accused security agencies of failing to protect lives and properties, therefore, called for the establishment of vigilante groups.

He said, “Certainly, I am jittery. As a matter of fact, I am not safe, not to mention the fact that there are other people too. If I could have security at my own end, all other persons should have security as well. The security in my constituency is not enough. The policemen and soldiers (deployed in the area) are not doing well, I must confess.

“It is a difficult situation and we are trying to find a solution to it; that is why we are calling for the creation of vigilante groups. If we continue to rely on policemen and soldiers; honestly, at the end of the day, somebody will come and pick us up from our homes, butcher us and kill our families. The earlier we find a solution to it, the better.”

When asked if he still took the Abuja-Kaduna Road, which leads to his constituency, but where several armed robbery and kidnapping incidents had been recorded, La’ah said, “In fact, Kaduna-Abuja Road is a very terrible road, so much that if the Federal Government does not live to its expectation (on the security of its users), it will be a disgrace.”

The senator expressed fear that the security situation might get to the point where foreign diplomats would be kidnapped and it would lead to diplomatic rows between Nigeria and foreign allies.

Another senator from the South-West, who spoke on condition of anonymity, said she had also limited her movements on Nigerian roads.

She added that as part of her tactics to reduce her road trips, she designed her schedule such that she could combine multiple activities in one trip.

She said, “It is very clear that the government is not capable or proactive enough to prevent kidnappings. Before relatives of a kidnapped victim get the ransom to pay and even after payment, the victim would have suffered. Some people could die in the process.

“Now, we have to reduce visits; we now have to achieve more things in one trip so that one is not on the road every time. If you are on the road, so many things you did not envisage could happen. So, one has to be very careful.”

Senator Mao Ohuabunwa (PDP, Abia North), said he now put more emphasis on “where,” “when” and “how” in his movements, adding that he was being more careful on how he exposed himself to the public.

Ohuabunwa said, “Definitely, one has to protect himself. One is now more cautious where one goes, how one moves and at what time. It is not just about the security apparatus or law enforcement agents or gun wielding security men; one must also apply some measures to help oneself. These include reducing road trips and (public) exposure.”

The lawmaker identified the alleged misconception about the budget of the National Assembly as one of the reasons why criminals were after lawmakers.

He said, “Legislators are the most vulnerable (people) because they have no proper security (model) compared to those in the executive.

“Also, they are the closest to the people, which makes them very vulnerable to kidnapping. It is important that we look at this issue seriously and ensure that adequate security is provided for the legislature.

“Also, there is this wrong impression about the legislature and its budget. When people hear about the budget figure, they simply divide it by 469 (360 members in the House of Representatives and 109 members in the Senate), believing that a lawmaker goes about with huge amounts of money. So everybody wants to get their own bit of the pie directly or indirectly. Our security calls for serious attention.”

Further investigations by Saturday PUNCH indicated that lawmakers from the South-East and South-South have also beefed up security around themselves.

A lawmaker from a state in the South-South, who spoke on condition of anonymity, said, “There was a time when kidnapping was an everyday problem in the South-East and South-South states.

“We members from the zones always had additional armed personnel for protection and the situation remains the same till today. We always travel home well guarded.”

The lawmaker confided in Saturday PUNCH that he was in his village without his police orderly to avoid attracting undue attention to himself.

“I am in my village right now, but do you know that people are not aware that I am at home?

“My orderly is in Abuja. I am comfortable this way. If they sight him, they will start sniffing around, asking whether I am at home,” the member of the House of Representatives added.

When contacted, the Chairman, House Committee on Media and Public Affairs, Mr. Abdulrazak Namdas, said on some occasions, members might need the services of extra policemen or other security personnel.

He said, “For example, if a member has a constituency project to inaugurate or he has some other functions, he may ask for additional security personnel.

“This is important because we are in a political environment. Some people may decide to sponsor some persons to come and disrupt the programme to score political points.

“So, to avoid that kind of scenario, you may request for additional hands.”

Also, Mr. Falai Olotu of the Akoko North-East Constituency, Ondo State, said one of the means he had devised to protect himself was to dress modestly and not reveal himself as a lawmaker whenever he is going to his constituency or travelling to his hometown.

“Anytime I want to go to my constituency, I don’t go with flashy cars; I don’t wear expensive clothes that will reveal my identity. So, if I am passing, you will never know who I am and I don’t take police escort to my constituency.’’