El-Zakzaky Is In A House With His Family – Lai Mohammed 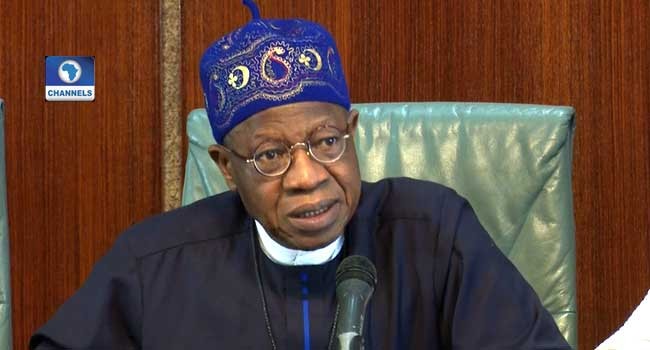 The Minister of Information, Mr Lai Mohammed, on Thursday, spoke about the whereabouts of the leader of the Islamic Movement In Nigeria, Sheikh Ibrahim El-Zakzaky.

According to the minister, contrary to reports, the Shiite leader, who was arrested by the Army in December 2015, is not in prison, Department of State Services or police custody.

Rather, he said El-Zakzaky is in protective custody with his family, adding that the Federal government cannot be accused of disobeying court orders with regards to the Shiite leader and the former National Security Adviser, Colonel Sambo Dasuki (retd). Speaking during an interview on Politics Today on Channels Television, he said, “I think there is a lot of deliberate misunderstanding on these issues. Number one, if a judgment is given and that judgment is appealed, you cannot accuse the government of violating that order if the appeal has not been decided.

“Two, in the case of El-Zakzaky, how many Nigerians know that El-Zakzaky is not in prison custody, police custody nor DSS custody? El-Zakzaky is in a house with his family. This is the honest truth.

“He is in what is called protective custody. The court ruled that he be released after his house has been rebuilt but nobody wants to accept El-Zakzaky as a neighbour. So, we have been unable to build the house. So, where do we release him to?

“If the person is in possession of $1.2 billion; there are records that he moved in one day $1.2 billion in two transactions – we know the banks he moved them to. And you refused to tell us what you have done with that money, I don’t think it would be prudent to jeopardise the national security of a whole nation because of the individual freedom of one person. Because with $1.2 billion, you can destabilise a whole country.

“You see, all those who have been disturbing us about rule of law or the other, I just wish they would have the opportunity to be in government for a short time and they will see how difficult it is to balance personal freedom with national security.”