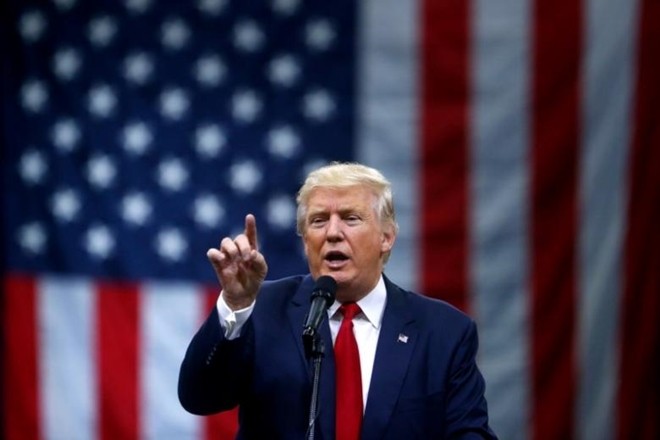 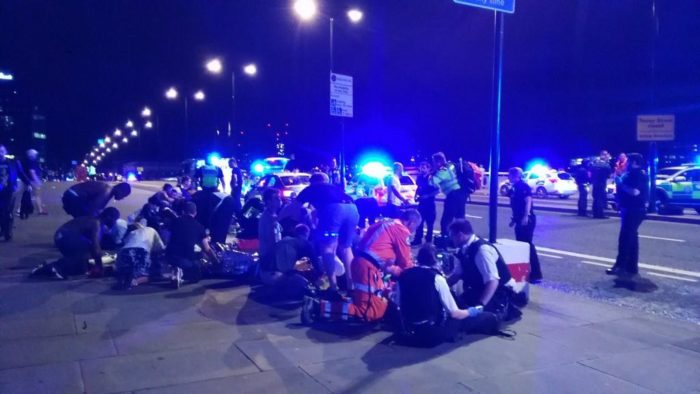 At least 7 dead and 48 wounded in terror attack and Mayor of London says there is ‘no reason to be alarmed!’

Seeking to reassure London residents and visitors, Khan had told BBC Radio that:

Londoners will see an increased police presence today and over the course of the next few days. There’s no reason to be alarmed.

Khan took to Twitter with his message of reassurance as well:

We are all shocked and angry today – but this is our city. We will never let these cowards win and we will never be cowed by terrorism.

He (Khan) has more important things to do than respond to Donald Trump’s ill-informed tweet that deliberately takes out of context his remarks urging Londoners not to be alarmed when they saw more police – including armed officers – on the streets.

It also noted that Khan “is busy working with the police, emergency services and the government to coordinate the response to this horrific and cowardly terrorist attack.”

Trump also posted on Twitter Sunday that “we must stop being politically correct and get down to the business of security for our people. If we don’t get smart it will only get worse.”

An hour later the US president wrote: “Do you notice we are not having a gun debate right now? That’s because they used knives and a truck!”

Trump issued his first reaction to the attack just one hour after reports emerged, calling for his suspended ban on travellers from six Muslim-majority countries to be implemented. He tweeted:

We need to be smart, vigilant and tough. We need the courts to give us back our rights. We need the Travel Ban as an extra level of safety!

An hour before his travel ban tweet, Trump retweeted a headline from the conservative Drudge Report website about a possible attack in London. Trump also issued a message of support to Britain, writing, “Whatever the United States can do to help out in London and the U. K., we will be there – WE ARE WITH YOU. GOD BLESS!”

Earlier this week the Trump administration asked the Supreme Court to review the legality of the president’s executive order on a travel ban, which a series of lower court rulings have kept from going into effect. The courts have ruled that plaintiffs are likely to succeed at trial in showing that the policy violates US constitutional prohibitions on religious discrimination. Trump issued an initial travel ban for seven countries in January. After the initial ban became tied up in the courts, his administration issued a revised executive order which limited the ban to six countries.