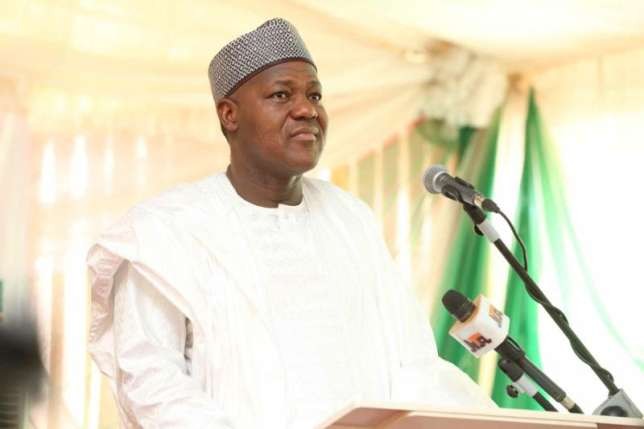 Socio-Economic Rights and Accountability Project, (SERAP) has sent an open letter to Mr. Dogara Yakubu, Speaker, House of Representatives, urging him to use his “leadership position to take without delay all necessary measures to withdraw the bill to grant full and complete amnesty to suspected looters and allow them to keep their ill-gotten wealth.”

Speaker House of Representatives, Hon. Yakubu Dogara briefing State House Correspondents after a closed door parley with President Muhammadu Buhari at the Presidential Villa, Abuja. Photo by Abayomi Adeshida
Under the proposed law, sponsored by Linus Okorie (PDP, Ebonyi), suspected looters of the public treasury would enjoy full and complete amnesty; not face any probe, inquiry or prosecution; and ‘shall not be compelled to disclose the source of their looted funds’, as long as they invest their ill-gotten wealth in Nigeria.

But SERAP in the letter dated 30 June 2017 and signed by its executive director Adetokunbo Mumuni said that, “the House of Representatives should allow justice and accountability in grand corruption cases, and not impunity or immunity. The amnesty bill for suspected looters unquestionably conflicts with Nigeria’s obligations under the UN Convention against Corruption to establish territorial criminal jurisdiction over corrupt acts, prosecute alleged offenders, and apply prescribed sanctions through a fair trial.”

According to SERAP, “Rather than proposing amnesty for suspected looters of our commonwealth, the House of Representatives under your leadership should be promoting laws that would lead to the comprehensive and radical reform of the criminal justice system to ensure that those accused of grand corruption are not allowed to profit from their alleged crimes.”

The letter read in part: “the proposed bill is neither necessary to prevent corruption nor end impunity of perpetrators, which has allowed corruption in the country to become widespread and systemic. The bill is also counterproductive, especially at a time Nigerians are witnessing a sprawling gap in accountability for grand corruption, and high-ranking public officials accused of corruption are getting away with reduced punishment, and allowed to keep their ill-gotten wealth.”

“The House of Representatives constitutional role to ‘make laws for the peace, order and good governance of the Federation’, also suggests that the proposed amnesty bill for suspected looters is not properly within the ambit of the House’s legislative powers.”

“The amnesty bill seeks to foreclose investigations of high-profile corruption cases, and thus negates both Nigerians’ right to know the truth about what happened to their commonwealth, and their right to justice and accountability.”

“SERAP believes that amnesties or other impediments which preclude or indicate unwillingness to provide prompt and fair prosecution and punishment of perpetrators of grand corruption would violate the principle of good faith under international law. The purpose of the principle is to ensure that those who commit grand corruption are not granted immunity.”

“If ending impunity for grand corruption is to be considered a fundamental national interest worthy of being furthered, it is crucial to have a strong legal rule to prevent and combat corruption rather pursue bills that would weaken the fight against corruption. The proposed bill would foster a culture of impunity in which grand corruption becomes the norm, rather than the exception.”

1. Take without delay all necessary measures to withdraw this unnecessary amnesty bill;
2. Proactively take steps to promote bills that would radically reform Nigeria’s criminal justice system to prevent corruption, and ensure that suspected perpetrators regardless of their status are punished in a manner proportionate to the gravity of the corrupt acts committed;
3. Use your leadership position to publish all reports of investigations of corruption that have so far been undertaken by the House of Representatives since the return of democracy in 1999