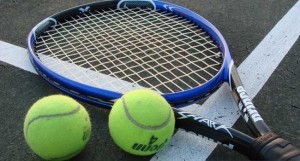 Grigor Dimitrov, who won the Queen’s Club title in 2014, made it through after a mid-match hiccup against young Russian Daniil Medvedev.

Bulgarian Dimitrov, seeded six, won the opening five games but made life difficult for himself before winning 6-3 3-6 6-3.

Medvedev, ranked 60, was a break up in the decider but Dimitrov hit back to win with something to spare.