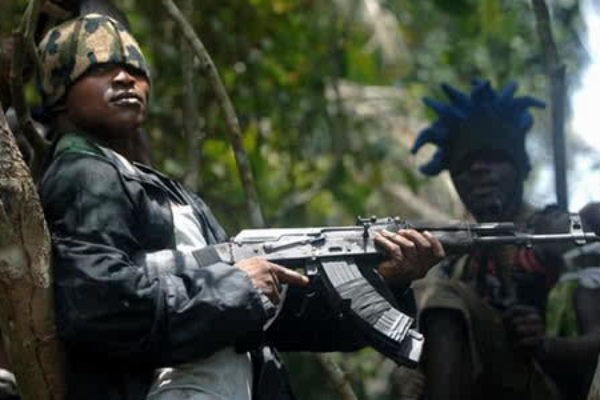 A suspected cult member identified as Ahmed Suleiman is being held in police custody for allegedly killing a man said to be a member of a rival gang.

PUNCH Metro learnt that 27-year-old Suleiman connived with two others at large to throw the victim, whose name had yet to be ascertained, into a lagoon on Carter Bridge, Ebute Ero, Lagos State.

It was gathered that the suspects had trailed their target from Ilorin, Kwara State, to Lagos.

The three-man gang was said to have accosted the victim around 11.30am on Monday, tied his hands to the back and threw him into the lagoon.

Our correspondent learnt that some passengers on a yellow commercial bus, popularly called Danfo, saw the victim being hauled off towards the edge of the bridge and raised the alarm.

In a split second, the suspects executed their plan and fled the scene. A transport worker was said to have given them a chase and tracked down Suleiman.

The body had yet to be recovered from the lagoon as of 12pm on Wednesday.

A member of the National Union of Road Transport Workers in the area, Nurudeen Olalekan, said the suspect initially told them that the act was to avenge the death of his child, who was allegedly killed by the victim.

Olalekan said, “We saw all of them walking together towards the spot. The victim was in the middle, but we never knew they were going to kill him. Immediately some passengers shouted, they threw him into the lagoon and took to their heels.

“One of our members went after them. One of them crossed to the other side of the road and escaped. He pushed the two others to the ground, but before we got to the scene, one had escaped.

“He told us he avenged his son’s death. He later said that the three of them were cult members and based in Ilorin with the victim. He said the victim was a member of a rival gang and that they all left Ilorin because of cult clashes.”

Another eyewitness, Adekunle Onike, said the suspect was handed over to the police at the Ebute Ero Police Division to avert jungle justice.

“ We learnt he had been transferred to the State Criminal Investigation and Intelligence Department, Yaba, from the station,” he added.

He said, “The suspect, Ahmed Suleiman, has no fixed address. He and two others allegedly tied a man and threw him into the lagoon. Scene of the crime was visited by detectives. Suleiman has been arrested while effort is being made to arrest other fleeing suspects and recover the body.”