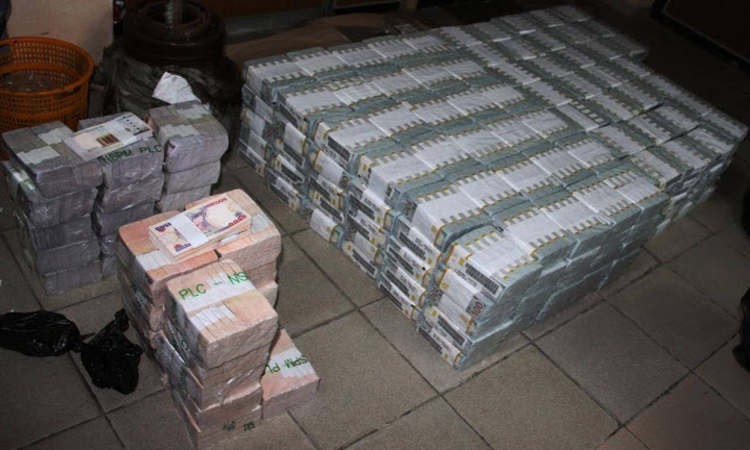 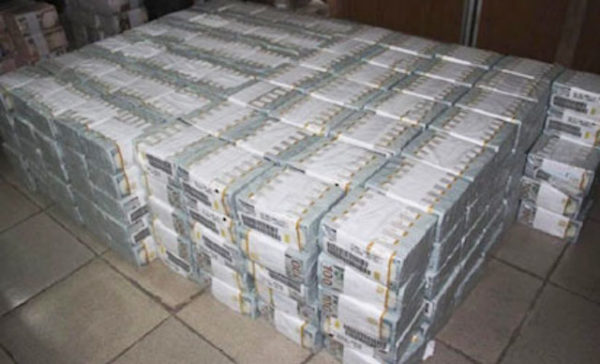 Justice Muslim Hassan of the Federal High Court in Lagos has ordered the permanent forfeiture of the $43.4m, £27,800 and N23m recovered by the Economic and Financial Crimes Commission (EFCC) in an apartment at No. 16, Osborne Road,  Flat 7B Osborne Towers, Ikoyi, Lagos.

The judge had ordered that the funds be temporarily forfeited to the Federal Government on April 13, 2017 for 14 days, pending when anyone who wants to lay claim to the money appears before the court.

On May 5, when the matter came up in court, a private legal practitioner, Olukoya Ogungbeje came up with an application to suspend the final forfeiture proceedings pending the report of a three-man committee headed by Acting President Yemi Osinbajo on the recovery.

The National Intelligence Agency (NIA) and the Rivers State government had earlier laid claim to the money, but never approached the court.

“I am in complete agreement with the submission of the learned counsel for the applicant (EFCC) that the property sought to be attached are reasonably suspected to be proceeds of unlawful activities and that by every standard this huge sum of money is not expected to be kept without going through a designated financial institution; more so, nobody has shown cause why the said sum should not be forfeited to the Federal Government of Nigeria. Having regard to the foregoing, I have no other option but to grant this application as prayed.

For the avoidance of any doubt, I hereby make the following orders: 1. A final order is made forfeiting the sums of   $43,449,947 found by the Economic and Financial Crimes Commission at Flat 7B of No. 16 Osborne Road, Osborne Towers, Ikoyi, Lagos, which sum is reasonably suspected to be proceeds of unlawful activities to the Federal Government of Nigeria,” Justice Hassan said.