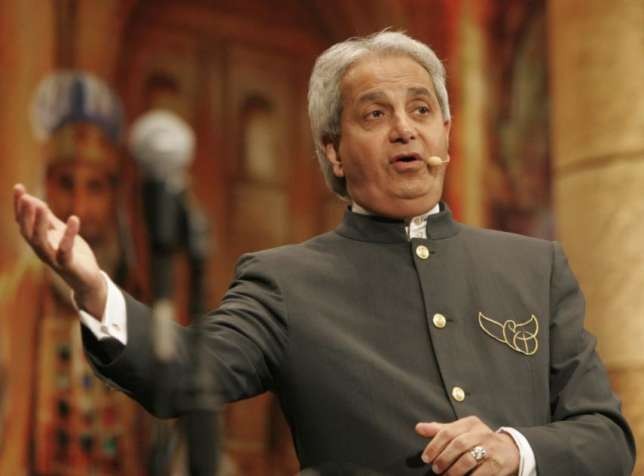 Benny Hinn has admitted to the fact that pastors may have overworked the prosperity teachings than was needed including himself.

The controversial faith-healing televangelist said this in a shocking confession on Wednesday, February 21, in the wake of the death of renowned evangelist Billy Graham.

play Benny Hinn is the fourth richest pastor in the world

And guess who was waiting to pounce? You guessed right!

Daddy freeze was quick to share a post on Hinn’s admission, saying that “the thieves have started confessing.”

Daddy Freeze has also revealed via another Instagram post that when creating the branding for his drive, Free Nation, it was “ministered to me to make it about Christ, NOT about me.”

Benny Hinn, 65, is one of the most famous pastors in the world. Benny Hinn whose real name is Toufik Benedictus Hinn was immensely popular in Nigerian in the late 80s and 90s (the Pentecostal era) for his style of preaching, anointing and miracles.

Hinn is known for laying his hands on people during his crusades and making them fall under the anointing. Pastor Chris Oyakhilome’s style of healing and anointing is highly influenced by Benny Hinn’s style.

In 1993, Benny Hinn got into controversy when Inside Edition (a weekly news program in America) ran an expose on him. It was reported that he was living in a $685,000 home and driving a Mercedes Benz. His numerous miracles were called into question by several media outlets such as the Los Angeles Times.

In 2010, Benny Hinn and his wife Suzanne Harthern got divorced. They later got re-married in 2013.

On February 23, 2018, Benny Hinn’s nephew, Costi Hinn, advised Christians on how to deal with loved ones who have been caught up in false teachings.

In the past Costi denounced his uncle’s teachings. He had previously worked in his ministry for years before leaving.