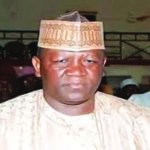 All Progressives Congress (APC) governors are backing restructuring and true federalism as a way out of the agitation for Nigeria’s break-up.

The Progressives Governors Forum also said that the recent agitation by some ethnic groups was a reflection of the prevalent weak governance, economy and law enforcement.

In an eight-page document containing the governors’ position on the challenges to Nigeria’s unity, entitled “There has to be a nation first”, they said that the demands for political restructuring and true federalism could be met by adjusting the federal system.

Such an adjustment, said the governors, will not on its own address the root and branch of the country’s challenges, but it is worth pursuing to meet the demands of various groups.

The governors said: “It appears that demands framed by different groups in terms of political restructuring or true federalism can be met through adjustment in Nigeria’s federal system.

“Although such adjustment will not on its own address the root and branch of Nigeria’s challenges, it is worth pursuing in order to meet the demands of various Nigerian groups. The focus of this restructuring is to restore the principle of non centralisation of power in the country’s federal arrangement being the defining element of a federal polity.

“Alongside the imperative of political and fiscal decentralization, contiguous states can pool resources to address common development challenges and embark on projects that can have maximum effect and efficiency through endevours.

“Where possible, and agreed upon, a regional approach to development issues that take cognisance of existing comparative advantages within the existing regions as the initiatives in the Southwest has demonstrated.

“Alongside addressing the issues of structures in the Nigerian federalism and the mode of allocation of resources among the constituent elements, there is the need to address deficit in governance and politics accountability.

“We charge genuine youth organisations to seek truly empowering programmes targeted at the youth population at all levels to demonstrate their commitment to a Nigerian nation that makes inclusive growth and development possible.”

The APC governors condemned the ultimatum to Igbo to leave the North, saying “the Progressives Governors Forum has watched with consternation and grief, the reckless and bellicose utterances of groups, organisations and individuals fanning the ember of ethnic and regional hate and openly seeking the dismemberment of Nigeria.

“It is even more regrettable, different groups issuing provocative statements, including the various Arewa groups that pose as representatives of northern Nigeria and other groups that issue statements on behalf of other parts of Nigeria, lack roots in the communities they claim to represent.

“It is however conceded that the proliferation of these youth groups in the first place is a reflection of the failure of development agenda that has not created a future for its youth population who now turn their energy to unproductive ventures, including serving as cannon fodders for politicians out of power.

“While the PGF believes that the unity of Nigeria is non-negotiable and is here to stay, it is a resolve that must be underlined by the commitment of elected public office holders at all levels to effectively govern and deliver services and promote social justice, make policies and pronouncements sensitive to Nigeria’s ethnic and cultural diversity and promote security and welfare of all citizens in their respective jurisdictions irrespective of the ethnicity and religion of individuals and groups.

“This statement of PGF reinforces the very bold and nationalistic pronouncement of the Federal Government and several APC governors since the unfortunate ultimatum issued by the so-called umbrella Arewa Youth Organisation to the Igbo community to leave Kaduna and other parts of northern Nigeria.

“The statement is to remind Nigerians that the highest political ideal, which Nigeria of all political tendencies and persuasions must seek to pursue is the preservation of Nigeria as a corporate entity within which we can pursue the lingering crisis of development and nation building.

“The idea of Nigeria being a mere geographical expression is a myth in the light of the present realities. We are convinced as governors elected on the platform of the APC that our party has already articulated a vision of governance and inclusive development can address these challenges in the long run.

“However, as we work assiduously to address these challenges with unprecedented political will and determination, the Nigerian nation has to survive as an entity before we can pursue the resolution of these challenges.”

The governors identified failure of development and nation building, regional inequality, failure of democratic governance and dangerous manipulation of difference as some of the issues, which, in their view, produced the tension characterised by competing demands for ethnic justice, pronounced and silent self-determination agenda, hate politics and extreme demand to dismember Nigeria.

In a statement signed by the Director General of the PGF, Salihu Lukman, the governors said the resurgence of desperate youth groups promoting ethno-regional identities and extremist positions from the geo-political zones was a reflection of prevalent weak governance, economy and law enforcement system in Nigeria.

The statement reads: “In line with the social democratic principles of the All Progressives Congress (APC), the PGF promotes all-inclusive government, for the development of policies and programs that improve the life of every Nigerian citizen, regardless of ethnicity and religious orientation.

“It is with this in mind that the Forum condemns in the strongest terms the present secessionist and separatist agitations promoting ethno-regional identity in the country. These sundry factional groups, claiming to represent different ethnic nationalities, sow seeds of disunity and promote secessionist agenda in the nation. We decry and reject their activities in all intents and purposes.

“Acknowledging the rich diverse heritage of Nigeria as a country, the PGF particularly notes that the resurgence of desperate youth groups promoting ethno-regional identities and extremist positions from the different geo-political zones across the nation as currently experienced is a reflection of prevalent weak governance, economy and law enforcement system in Nigeria.

“The challenge before us as Nigerians therefore is to commit ourselves to the unity of the country. We must create by all means necessary, a country that we can collectively call our home, irrespective of tongues and localities. This is a vision the APC as a party is committed to lead and for which the PGF is unapologetically and intrinsically loyal. These threats to national unity must cease totally and put away into history.

“While acknowledging that as a nation, we do have challenges, PGF believes that the resolution of those challenges rests with the development of our democracy and with it, the ascendency of structured processes of national consultations, negotiations and invariably agreements.

“Some of the challenges are highlighted in the accompanied PGF Position – There has to be a Nation First. As Governors elected under APC, we will work with our party leaders, the Federal Government and all Nigerians who are committed to democratic development of all parts of the country to ensure unencumbered protection of lives of all citizens in every part of the territorial boundary of our nation.

“PGF, therefore, calls for the rise of all Decent Voices across this country to speak up against the upsurge of some desperate irredentist movements across all ethnic groups and support the emergence of a stronger and virile unified Nigeria for us all. The Forum insists that, regardless of our diverse identities and whatever differences, Nigeria has to thrive. Hence, ‘there has to be a nation first’.