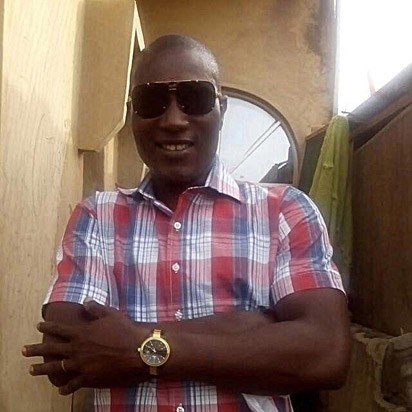 On May 1, 2017, soldiers attached to Operation Delta Safe, a joint task force saddled with ridding Ikorodu and environs of the militants terrorising the area, tracked down and killed one of their most prominent leaders, a militant leader called Ossy Ibori (aka OC) in Ajakpa, Ondo State.

In the operation in which a soldier was killed, Ibori and his gang members were engaged in a gun duel that ended when the militant leader was shot dead at about 3 am that day.

His men fled and dispersed but shortly after, they were said to have come together again under OC’s deputy, a Delta State indigene in his late 30s called Oniwei America.

Police sources told our correspondent that the death of OC marked the point America, a more aggressive and far more violent gang leader, took over the kidnapping and armed robbery operations of his former boss.

Much of what is known about America till date were pieced together through the accounts of his men, who have been arrested in the last few months by the Inspector-General of Police Special Intelligence Response Team.

It did not take long for the suspects to confess that they were members of America’s robbery and kidnapping teams.

But it was not the first time the police would be hearing about America, Saturday PUNCH learnt.

A source involved in the ongoing investigation on America and efforts to track him down, told our correspondent that it first became apparent that he was a bigwig in the criminal underworld after the kidnap of three teachers and three pupils of the Nigerian Turkish International College, Ogun State in January, 2017.

Before the abducted staff and students were released, America was paid millions of naira in ransom.

But in the course of investigation, America’s family members were taken in for questioning by the police.

“We arrested his wife. We also arrested his mother-in-law,” our source, who described the suspect as an Ijaw man, said.

As more people connected to America were being apprehended by the police, more details emerged as to the scale of his criminal activities.

In fact, Saturday PUNCH learnt that any major robbery or kidnap in Ogun and Lagos states in the last few months is traceable to America.

His most recent work was the abduction of six schoolchildren of Igbonla Model College, Epe, Lagos.

Our source said, “We have found out that America is behind the kidnapping of school children in Epe, the Turkish school kidnappings in Ogun State and so many crimes that have not been reported in the media.

“He was working hand in hand with OC before. OC was also based in that their big camp in Ikorodu with America and others. During the air raid (of July 2016) on the creeks in Lagos, OC and America dispersed into different groups and relocated to different areas in the creeks of Lagos and Ogun.

“Eventually, OC decided to move to Ondo and left some of his boys behind to be led by America.

“When OC died, America then took over leadership fully. He is so vicious and aggressive; he is more desperate than OC. That is why he is always on the move.”

The source told Saturday PUNCH that it was believed that America did not usually follow his boys to operations, else he would have been arrested or killed with the rate his gang members were being apprehended.

A little over a week ago, five suspects were again arrested by operatives of the IRT as they planned robbery attacks on banks in Ikorodu and Ajah areas of Lagos.

Four of the suspects were later found out to be militants and key members of America’s group, who had perfected plans to rob five banks in Lagos.

In fact, upon questioning, the suspects told the IRT that America had fixed June 1 for the robbery of the banks in Lekki and Ajah, an area which they said was chosen primarily for its proximity to the waterways.

But as the police arrest his gang members, it is believed America has continued to function because of the multiple teams he controls.

The source told our correspondent, “He has many boys. The group of boys he used for the Epe school kidnapping is different from his armed robbery team.

He leads about three different groups in different locations in the creeks.

“The three suspects arrested in Benin are part of the team that kidnapped the schoolchildren at Epe while the five we arrested in Ikorodu are the ones who handled the bank robberies. He has another group led by one Bright that is also into bank robberies and many other crimes all over the place.”

But America continues to leave tears and sorrow in his wake.

On April 9, four policemen and an army captain, were said to have been killed in Ikorodu, Lagos by America’s men.

This fact emerged when the five suspects arrested by the IRT informed the police that they were part of the team that carried out the attack.

The murdered Army officer and policemen were said to be members of a team deployed to respond to a distress call about the kidnap of some residents of an estate in the area by America’s men.

They were said to have rescued the victims and were leaving when they were ambushed.

The police have said all suspects arrested in connection with America are helping in the investigation to track him down, the modality of which they cannot reveal for security reasons.

However, as the police pursue America, the Igbonla Model College, Epe schoolchildren continue  wallowing in captivity as their parents said they cannot afford the ransom demanded from them.

As of the last communication the family had with America’s men, N100m ransom was demanded for the schoolchildren’s release.

On Wednesday, the desperate parents of the abductees trooped to the office of the Lagos State Governor, Akinwunmi Ambode, demanding the urgent rescue of their children.

According to them, the kidnappers who have vowed to negotiate with the government henceforth, told them four of their children were ill.