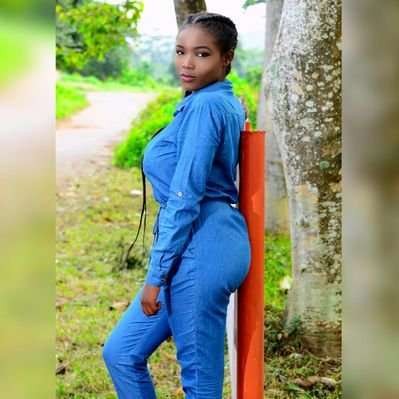 Twitter NG turns into a mob and criticizes a woman who revealed that she spend N4,000 on herself.

The Twitter mob mentality was in full force on Thursday, November 23, 2017.

A young lady named Toluwani tweeted about taking herself for a treat and spending on herself.

She broke down what it cost her to go to the movies. The total amount was N4,000.

Twitter NG swooped in on the tweet and Toluwani. Ladies felt that the latter part of her tweet was taking shots at other women. “The issue I have with that 4k treat yourself to a date girl is that she used it to spite other girls” tweeted @Babygiwa.

Toluwani tells Pulse that she does not regret adding “So stop waiting for a guy to take you out. Don’t be needy Take yourself out” to her viral tweet.

“Stop waiting for a guy to take you out before you go out, you can take your self out, don’t be needy,” she tells women offended by her tweet.

“You will only feel attacked by that tweet if you are needy and you wait for someone to take you out before you go out” she further says.

Toluwani who is into photography, fashion designing and makeup artistry admits that “spending men’s can be fun but it wouldn’t make you less of yourself if you can spend yours too.“

While her tweet might have riled some people up (“I never meant to hurt anyone“) it shows how a group of people, a mob reacts to someone with a different opinion.

play Once you go against the crowd, you get attacked

Twitter ideally should be safe space for people to express their opinions and views but the 4k tweet has shown us that when you go against the cool kids, you will get attacked.

Toluwani’s essentially preached that women should be independent and not rely on men before they can have a good time. “[I]  just stated the fact that we can also take ourselves out with what we can afford and we will not die,” she says.

It might be that woke Twitter isn’t ready for her brand of truth. In a time when feminism and gender equality are being rightly championed for the betterment of women and the girl child, the fuss over a tweet that preaches independence highlights an identity crisis.

The road to gender equality would not be smooth so sometimes. And this is just one of them. Also, the tolerance of unpopular opinions is critical to a diverse society.

Amazon CEO, Jeff Bezos becomes the richest person in the world after adding $6.8 billion to his net worth overnight
Bianca is Responsible for My Father’s Death – Emeka Ojukwu Jnr Speaks Out in Explosive Interview
In Canada Improved economic outlook cuts budget deficit A surging Canadian economy has reduced the government’s budget deficit this year by billions of dollars, the finance minister said Tuesday.
Italy probes deaths of 26 Nigerian women from migrant boats
2 men arrested for murder of 26 Nigerian girls, women killed in In Italy sea
Juliet Ibrahim warns boyfriend If you mess me up Ghanaians will deal with you
Photos: Two-year-old Nigerian boy, four others drown in the Mediterranean Sea due to reckless behavior of Libyan Coast Guards
How to lead Nigerians out of poverty, by Tinubu
US president jumps over China’s ‘Great Firewall’ with first tweet
Olympic weightlifter sells his gold medal to raise money for Iran earthquake victims
Christina Aguilera shares semi-nude throwback photos of herself…
I Used to Take Marijuana, Codeine and Hard Drugs – Popular Nollywood Actress, Toyin Abraham
Tottenham’s Dembele eyes start against Arsenal
LinkedIn’s founder explains how Mark Zuckerberg transformed from an awkward kid to one of tech’s best CEOs
Ladies spark outrage after dressing up as nuns in bikinis (photos)
Goodluck Jonathan I’m always close to tears when Nigerians say they want me back – ex-President
Tyrese threatened The Rock’s daughters on social media

‘When I got into the industry and found fame, I became irresponsible’ – Actress, Toyin Abraham